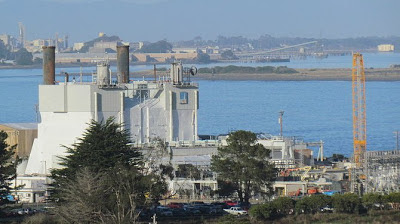 Despite being shut down permanently in 1976, nuclear waste is still stored on the site of the Humboldt Bay Nuclear Power Plant in Northern California, except for three spent fuel rods that went missing in 2004 and have yet to be located. photo: Dave Rice


Proponents of the initiative have until July 8 to gather 504,760 valid signatures to put the issue to a vote next year. A previous proposal failed to generate sufficient support after the Secretary of State included a comment predicting “billions of dollars” in costs to Californians on the petition, a statement Davis labeled “unsubstantiated, false, and misleading.”

Anti-nuclear activist Ben Davis Jr. is back with another proposed ballot initiative concerning the storage of nuclear waste that would effectively shutter the two remaining active nuclear power plants in California, or one if one doesn’t consider San Diego’s San Onofre Nuclear Generating Station “active,” as it’s now been shuttered for over a year.
Earlier this week, Davis was granted permission by California Secretary of State Debra Bowen to begin circulating petitions to place two initiatives regarding power generation in the state on the November 2014 ballot.