UPDATE: "Two public meetings next week in San Luis Obispo (Monday, 10.7) and Carlsbad (Wednesday, 10.9) have fallen victim to the federal shutdown. The meetings were meant to present the findings and receive public comments on NRC's proposed rules and environmental study on the long-term storage of spent nuclear fuel." 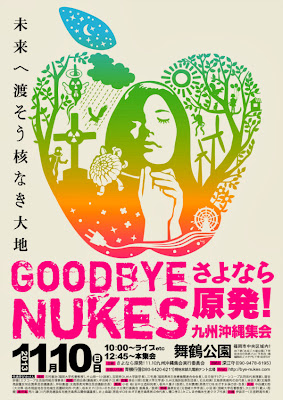 The money will go to repayments due at the end of October on loans of the same amount that were extended to TEPCO before the March 2011 Great East Japan Earthquake and tsunami triggered the accident at its Fukushima No. 1 nuclear power plant.
In the coming days, about 30 banks of the group will decide how much of the 80 billion yen each will contribute. They will convey their decision to TEPCO and the government’s Nuclear Damage Liability Facilitation Fund by mid-October.
Some of the 30 financial institutions, especially local banks based in areas affected by the March 2011 disaster, remain cautious about lending to TEPCO. If those local banks balk during the discussions, some major banks said they will make up the difference, several bank executives told The Asahi Shimbun.
The decision to grant the new loans came the same day TEPCO applied to the Nuclear Regulation Authority for safety screenings of the No. 6 and No. 7 reactors at its Kashiwazaki-Kariwa nuclear power plant in Niigata Prefecture. The screening process is required before the reactors can be restarted...


more: Banks agree to give ¥80 billion in refinancing loans to TEPCO - AJW by The Asahi Shimbun

UPDATE: "(Two) public meetings [next week in San Luis Obispo (Monday, 10.7) and Carlsbad (Wednesday, 10.9)] have fallen victim to the federal shutdown. The meetings were meant to present the findings and receive public comments on NRC's proposed rules and environmental study on the long-term storage of spent nuclear fuel."

UPDATE 2: Due to the lack of an appropriation and the government shutdown, the Waste Confidence Directorate regrets to inform you that we are postponing our two public meetings scheduled for next week:  Tuesday, October 15, in Perrysburg, Ohio; and Thursday, October 17, in Minnetonka, Minnesota.

The first and last public comment meetings, on October 1st and November 14th, will be held at NRC HQ in Rockville, MD. At these two public comment meetings only, members of the public can take part remotely, online via webcast and/or by telephone conference, and provide oral comments that way. (All other public comment meetings around the country must be attended in person only, in order to submit public comments.)
NRC has requested that participants in the public comment meetings register ahead of time. You can pre-register by phone at (301) 287-9392, or by filling out the webform at:
http://www.nrc.gov/waste/spent-fuel-storage/wcd/wcd-public-mtg-reg.html
If there is a large number of persons at a meeting seeking to make public comments, NRC will limit each speaker to 3 minutes. Although one can register on the day of, at the event, those who have pre-registered will be given priority at the microphone.
NRC has provided the following point of contact for any questions about the material in the GEIS:
Sarah Lopas; Mail Stop: 3WFN; 14C64; U.S. Nuclear Regulatory Commission; Washington, D.C. 20555-0001; Phone: (301) 287-0675; E-mail: sarah.lopas@nrc.gov.
Click on this link to see Beyond Nuclear sample comments, which you can use to write your own. 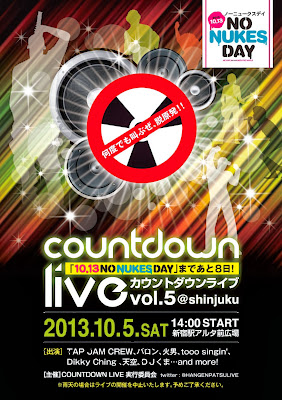 
Oceanside — The Nuclear Regulatory Commission will consider a request to form a citizens oversight panel to help make sure the San Onofre nuclear power plant is dismantled safely and cost-effectively, a commission official said at a public meeting in Carlsbad on Thursday evening.
The request came from Gene Stone, a San Clemente resident who represented a coalition of citizen and environmental groups who want to monitor the nuclear plant’s decontamination and removal, an elaborate process called “decommissioning” that could take up to 60 years to complete and cost at least $4.1 billion.
Involving a citizens panel would require approval from the federal agency’s appointed commissioners, but staff members would “take it under consideration,” said Larry W. Camper, director of the agency’s division of waste management and environmental protection.
Utility officials decided in June to keep San Onofre shut down permanently, after a leak of radioactive steam last year exposed problems with generators that were upgraded in 2010 and 2011.
At Thursday’s briefing, NRC officials walked through their oversight procedures and took questions from the public.
Safety occupied much of the discussion. Officials said that used nuclear fuel will be stored in a refrigerated pool for five to seven years until it has cooled sufficiently.
Then radioactive material will be moved to steel-reinforced, concrete casks with 5-foot-thick roof caps and 4-foot walls that are designed to withstand an earthquake or other disasters. Such casks have been in use at San Onofre since 2003.
Officials also said the casks can be immersed without problems in up to 50 feet of water during a flood. They estimated the biggest potential tsunami wave at 27 feet, and there’s a 28-foot-high sea wall between the Pacific Ocean and the fuel storage area, which is situated about 20 feet above sea level.
Flooding from a 2011 tsunami caused the meltdown of three nuclear reactors in Fukushima, Japan, when pumps failed to keep cooling water flowing.
Local residents and activists have been skeptical of such safety assurances regarding San Onofre.
Stone said the plant’s decommissioning was an important milestone for the “old and dangerous nuclear fleet” in the U.S.
“We’d like to be an active part of the safety of this process,” he said.
In response to a question posed by the coalition, NRC officials said that San Onofre has used a highly radioactive fuel known as “high burn-up” that will take longer to cool before removal to dry casks. Officials also acknowledged that there is no way to monitor the behavior of spent fuel inside the casks, but the agency is studying the issue.
Tearing down the plant and restoring the site will be supervised by Southern California Edison, the plant’s operator and 80 percent owner. San Diego Gas & Electric owns 20 percent.
Edison’s lease with the Navy calls for San Onofre’s site along Interstate 5 in Camp Pendleton to be restored to pristine, “green-field” condition.
Costs are estimated at roughly $4.1 billion. As of Dec. 31, 2012, the utilities had collected $3.85 billion in a trust account from a charge on customer bills, officials said at the meeting.
Edison has until June 2015 to present an initial decommissioning plan to the NRC.

#petition: The World Community Must Take Charge at Fukushima


At Fukushima Unit 4, the impending removal of hugely radioactive spent fuel rods from a pool 100 feet in the air presents unparalleled scientific and engineering challenges. With the potential for 15,000 times more fallout than was released at Hiroshima, we ask the world community, through the United Nations, to take control of this uniquely perilous task.


> MoveOn Petitions - The World Community Must Take Charge at Fukushima


INTERVIEW:  Special feature interview with Joseph Mangano of Radiation and Public Health Project (www.radiation.org) on how the International Atomic Energy Agency’s straitjacketed and muzzled “epidemiology” makes it impossible for the World Health Organization to ever present honest information on the dangers of nuclear radiation.  Based on an analysis of the IAEA’s fatally flawed “science” by the late Dr. Rosalie Bertell.  Infuriating, jaw-dropping — and the underlying reason why the nuclear-industrial complex continues to get away with putting the future of all planetary life at risk. 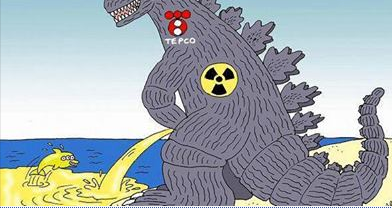 
Beyond Nuclear’s Kevin Kamps in Toronto on Fukushima and proposed nuclear waste dump in Ontario, on the shore of Lake Huron:

The Activist Voice of the Anti-Nuclear Movement
Produced and Hosted by Libbe HaLevy
THIS WEEK’S NUCLEAR HOTSEAT: www.NuclearHotseat.com/Blog
(CLICK TO ACCESS):
Nuclear Hotseat is the weekly international news magazine keeping you up to date on all things anti-nuclear.  Produced and Hosted by Three Mile Island survivor Libbe HaLevy, each podcast contains the week’s international nuclear news, at least one expert interview, ways to protect physical health of yourself and your loved ones from the dangers of radiation exposure, and activist opportunities.
Among the nuclear experts interviewed by Nuclear Hotseat in its first two years: 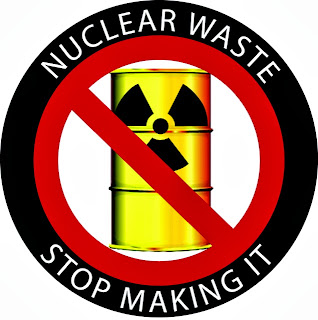 UPDATE: "Two public meetings next week in San Luis Obispo (Monday, 10.7) and Carlsbad (Wednesday, 10.9) have fallen victim to the federal shutdown. The meetings were meant to present the findings and receive public comments on NRC's proposed rules and environmental study on the long-term storage of spent nuclear fuel."

Pack the meetings; Speak Out!

Since the summer of 2012, the Nuclear Regulatory Commission has been unable to issue licenses for new reactors, nor renewals for existing licenses. A federal court threw out the underpinning of the agency's radioactive waste policy--its "waste confidence" rule. That rule had stated that the NRC was confident that high-level radioactive waste always would be stored or disposed safely, and thus could continue to be generated.

But the court found that with the proposed Yucca Mountain nuclear waste site effectively cancelled and no alternative in place, the NRC could not be "confident" of permanent disposal. Moreover, the court ruled that the NRC had no technical basis for asserting that current on-site storage practices in fuel pools and dry casks would be safe for the indefinite future. This ruling forced the current moratorium on licensing.

The NRC has now prepared a Draft Generic Environmental Impact Statement (DGEIS) as part of the process of replacing its "waste confidence" rule and it hopes to finalize this document and resume licensing during 2014. In the Fall of 2013, the agency will hold 12 public meetings around the country to explain and receive comment on this document.

These meetings are our opportunity to point out the technical shortcomings in this new document, and to call for making the licensing moratorium permanent. There will be protests and public involvement at each one of these meetings. We hope you will join us.

Note: In the event of a government shutdown due to Congressional failure and intransigence, the NRC meetings likely will be postponed. We will keep you informed of any postponements and developments that may affect the schedule meetings.

Logos you can download and save to add to your materials:

GO TO THE NIRS PAGE FOR THESE LINKS ----

• Download sample press releases, Alerts, and more for each meeting for use by grassroots groups. Note: these are in Word format so you can edit, add your group's information and customize how you wish.

• Talking points for activists and commenters:


• You can pre-register with the NRC to speak at one of the meetings [here]. Note: pre-registration is not required, but may be useful to assure you have a speaking slot in case the meetings are as packed as we expect them to be.

• [Here] is the June 8, 2012 federal court ruling that voided the NRC's "waste confidence" rule and forced the agency to institute a moratorium on reactor licensing and relicensing until it established a technical basis for its belief that high-level radioactive waste will always be safely stored.

14 U.S. Nuclear Plants Closing or at Risk—in Photographs and Text

We are organizing a press conference in front of the Grand Central station. Come out and help make noise, stretch banners and hand out fliers!

Nuclear is not clean! We don't need nuclear. 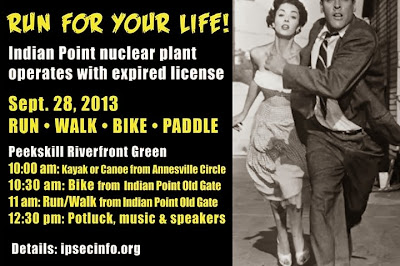 The monitorinig place is 55 or 60 km from Fukushima Daiichi Nuclear power plant.

Kids have been endangered with external & internal radiation exposure risk

----------------------
A map shown in the video is "Radiation counter map of the FUKUSHIMA Daiich nuclear accident" by frofessor Yukio HAYAKAWA of GUNMA university.