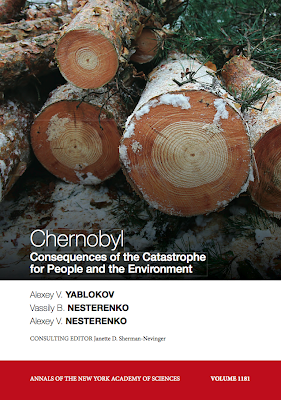 
This is a collection of papers translated from the Russian with some revised and updated contributions. Written by leading authorities from Eastern Europe, the volume outlines the history of the health and environmental consequences of the Chernobyl disaster. According to the authors, official discussions from the International Atomic Energy Agency and associated United Nations' agencies (e.g. the Chernobyl Forum reports) have largely downplayed or ignored many of the findings reported in the Eastern European scientific literature and consequently have erred by not including these assessments.

もうすぐ日本語版出てきます。必見。覚えておきましょう。
The best reference of Chernobyl DisasterJAPANESE translation is now ON STORE from Apr. 26, 2013, 27 years after the accident.
From Iwanami, one of the most reliable publisher in Japan.
http://chernobyl25.blogspot.jp/2013/02/blog-post.html

"A new Greenpeace report has revealed that the full consequences of the Chernobyl disaster could top a quarter of a million cancer cases and nearly 100,000 fatal cancers."


Our report involved 52 respected scientists and includesinformation never before published in English. It challenges the UN International Atomic Energy Agency Chernobyl Forum report, which predicted 4,000 additional deaths attributable to the accident as a gross simplification of the real breadth of human suffering.

The new data, based on Belarus national cancer statistics, predicts approximately 270,000 cancers and 93,000 fatal cancer cases caused by Chernobyl. The report also concludes that on the basis of demographic data, during the last 15 years, 60,000 people have additionally died in Russia because of the Chernobyl accident, and estimates of the total death toll for the Ukraine and Belarus could reach another 140,000.

The report also looks into the ongoing health impacts of Chernobyl and concludes that radiation from the disaster has had a devastating effect on survivors; damaging immune and endocrine systems, leading to accelerated ageing, cardiovascular and blood illnesses, psychological illnesses, chromosomal aberrations and an increase in foetal deformations.

The real face of the nuclear industry


Each one of these statistics has a face. Many people are paying a price for the negligence of a dirty and dangerous industry... (photos) 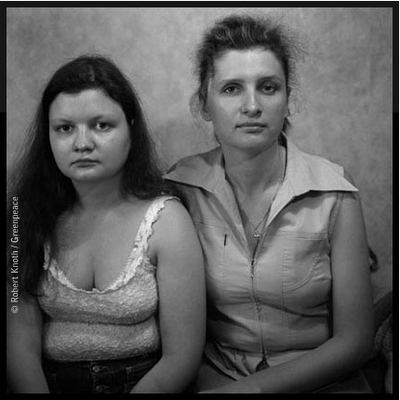 Greenpeace statement on the anniversary of Chernobyl, from Executive Director Gerd Leipold