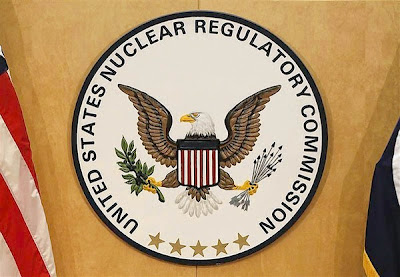 March 30, 2012|Reuters: The U.S. Nuclear Regulatory Commission on Friday approved a license for Scana Corp to build two reactors at the Virgil Summer nuclear station in South Carolina, the agency's second approval of additional nuclear units to be built in the United States in two months after a 30-year construction hiatus.

Scana and its partner, state-owned electric agency Santee Cooper, want to build two AP1000 reactors at the Summer site near Jenkinsville, at a projected cost of $9 billion. The 1,100-megawatt units are expected to begin operating in 2017 and 2018.

In February, the NRC approved Southern Co's proposed Vogtle reactors in a 4-1 vote.

No nuclear power plants have been licensed in the United States since 1979 when the partial meltdown of the reactor core of the Three Mile Island plant in Pennsylvania led to design changes that caused construction costs for nuclear plants to skyrocket and others to be canceled.

An expected revival of nuclear construction in the United States has now been tempered by falling natural gas prices and slowing growth in power demand.

Friday's NRC action "is a significant event for our company and marks the culmination of an intense review by the NRC," said Kevin Marsh, Scana's chief executive, in a statement.

Marsh said the country will be watching Scana and Southern as they move ahead with full construction activity.

"It's important that we deliver these plants as designed on schedule and on budget," Marsh told Reuters. "That's what people will be watching."

As he did last month, NRC chairman Gregory Jaczko cast a lone dissenting vote against the new Summer units, citing a need for the agency to make sure all safety issues raised by Japan's Fukushima nuclear disaster are incorporated into new reactors before they are allowed to operate.

Congressman Edward Markey of Massachusetts, a critic of the industry, called the 4-1 vote "another victory for the nuclear industry's effort to avoid implementation of the safety upgrades" in the wake of the Fukushima disaster.

SCE&G customers are already paying for certain costs related to the new Summer units under a state law designed to encourage nuclear development.

Interest in building new nuclear plants resurfaced a decade ago when natural gas prices soared and experts thought the U.S. Congress would place costly restrictions on emissions of carbon dioxide and other greenhouse gases produced by fossil-fueled power plants.

But the case for widespread U.S. nuclear plant construction has since eroded due to abundant gas supplies, slow electricity demand in a weak U.S. economy and uncertainty following the Fukushima disaster. 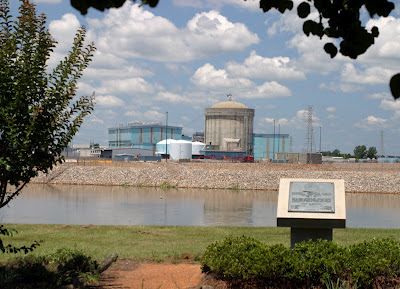 The Virgil C. Summer Nuclear Generating Station occupies a site near Jenkinsville, South Carolina, in Fairfield County, South Carolina, approximately 20 miles (32 km) northwest of Columbia. The nuclear power station includes the decommissioned experimental Carolinas-Virginia Tube Reactor (CVTR) unit, just outside the site of the old town of Parr, SC. The CVTR was a 17 MWe, heavy water reactor. Its cooling water is supplied by the Monticello Reservoir (not to be confused with the Monticello Nuclear Generating Station in Minnesota), which is also used by a pumped storage (hydroelectric) unit.

This plant has one Westinghouse pressurized water reactor, which has received approval of a 20-year license extension, taking the license expiration from 2022 to 2042.

In 2001, the Summer unit operated at 79.9 percent of capacity, producing 6.76 billion kilowatt-hours of electricity. In 2007 it produced 8.48 billion kilowatt-hours, increasing its capacity factor to 100.2 percent.
About two-thirds (66.7 percent) of the Summer plant is owned by its operator, the South Carolina Electric & Gas Company (SCE&G, a subsidiary of the SCANA corporation). The remaining 33.3 percent is owned by the South Carolina Public Service Authority (Santee Cooper).

On March 27, 2008, South Carolina Electric & Gas applied to the Nuclear Regulatory Commission (NRC) for a Combined Construction and Operating License (COL) to build two 1,100 MW AP1000 pressurized water reactors at the site. On May 27, 2008, SCE&G and Santee Cooper announced an engineering, procurement and construction (EPC) contract had been reached with Westinghouse. Costs were estimated to be approximately $9.8 billion for both AP1000 units, plus transmission facility and financing costs. The operators are filing an application to increase customers bills by $1.2 billion (2.5%) during the construction period to partially finance capital costs.

In March 2012, the NRC approved the construction license of the two proposed reactors at the Summer plant. As with the license approval for the Vogtle plant, NRC chairman Gregory Jaczko cast the lone dissenting vote, saying “I continue to believe that we should require that all Fukushima-related safety enhancements are implemented before these new reactors begin operating.” The reactors are expected to go on-line in 2017 and 2018 respectively.

check this out (they definitely have something mixed up here, forgetting the sanctity of Life and the Environment since NUCLEAR POWER KILLS LIFE, using it is a disservice, caring for each other doesn't mean ripping off and polluting the environment, and doing what is WRONG doesn't quite qualify as "doing what is right") -

"It's no coincidence that the first letter in each these values spell the word “SACRED” because throughout all SCANA companies we really do consider these values sacred. They set the tone for the way we conduct our business and, ultimately, they help us achieve our stated mission and vision for the future."

WHAT A CROCK OF BS!