Beyond Nuclear - Remembering Fukushima: Will you be marching against nuclear madness? 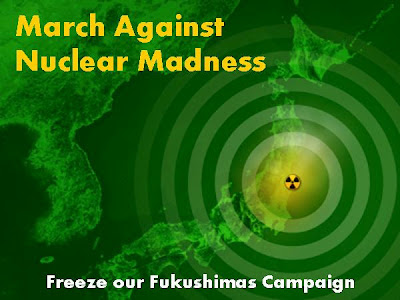 click for calendar (march 6)
Beyond Nuclear is compiling a global calendar of events, with additional details found on our March Against Nuclear Madness Facebook page. Search our listings for an event near you. Or post yours to our Facebook page or email them to linda@beyondnuclear.org. Whether you are in Brazil or Brattleboro, there is an event for you! We will be speaking at some of these events and can provide literature to those who need additional support materials.

note: links are for the 2/28 announcement and static version of calendar (a PDF) - check for updates at beyondnuclear.org and on the Facebook page

Martin Fackler of the New York Times has reported that an imminent, high-level independent investigation into the Fukushima Daiichi Nuclear Catastrophe has documented that the worst-case scenarios were intentionally concealed from the Japanese people and world community. Led by Yoichi Funabashi (pictured, left), former editor in chief of the daily newspaper Asahi Shimbun, regarded as one of Japan’s foremost intellectuals, an investigative team "of 30 university professors, lawyers and journalists" came together to form the Rebuild Japan Initiative Foundation. Over the course of six months, it interviewed more than 300 people, including top government and nuclear officials involved in the response, to compile a 400 page report due out within days, described as "one of the most vivid accounts yet of how Japan teetered on the edge of an even larger nuclear crisis than the one that engulfed the Fukushima Daiichi Nuclear Power Plant."

The article describes what might have happened if Tokyo Electric Power Company (Tepco) had been allowed to abandon emergency efforts at Fukushima Daiichi, as it considered doing in the first days:

'The report quotes the chief cabinet secretary at the time, Yukio Edano, as having warned that such a “demonic chain reaction” of plant meltdowns could result in the evacuation of Tokyo, 150 miles to the south.

“We would lose Fukushima Daini, then we would lose Tokai,” Mr. Edano is quoted as saying, naming two other nuclear plants. “If that happened, it was only logical to conclude that we would also lose Tokyo itself.”

The Foundation 'credited Mr. Kan [the former Japanese Prime Minister who was serving when the catastrophe began, and resigned in August, 2011] with making the right decision in forcing Tepco not to abandon the plant.

“Prime Minister Kan had his minuses and he had his lapses,” Mr. Funabashi said, “but his decision to storm into Tepco and demand that it not give up saved Japan.” ' 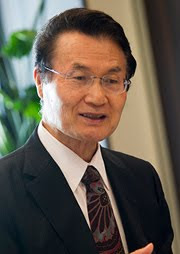 The accident at the Fukushima Daiichi Nuclear Power Plant, which occurred in the aftermath of the magnitude-9.0 earthquake that devastated eastern Japan on March 11, 2011, gave rise to a host of serious problems with direct implications for governance, the nuclear power industry, and the scientific world.

As news of ongoing leakage from the stricken nuclear reactors continued day after day to feature prominently in various news media in the months following the accident, the citizens of Japan lost trust in the so-called “authorities” and “expert groups”, which had neither provided clear and accurate explanations of the circumstances surrounding the problems nor devised coherent measures to respond to them. As a result, concerns continue to grow. This lack of information has also triggered a string of pressing questions: “Why did the responsible authorities (the plant operator and/or the government agencies) continue to incorporate technology they could not fully control?”, “Why were citizens encouraged to believe that nuclear power is safe instead of being fully informed of the potential dangers?”, “Why did the government monitoring system – which should have ensured citizens’ safety – fail to work?”, “Can the government now be trusted to fulfill the crucial role of monitoring safety?”

Our mission as an independent think tank is to conduct high-quality, independent research and analysis. Newly established on September 20, 2011, RJIF aims at providing innovative and practical recommendations toward the reconstruction of the Japanese socio-economic system. In and beyond this, the Foundation was conceived as a worldwide networking hub and incubator of ideas among opinion leaders, relevant organizations, and media outlets. More than ever, there is a growing need in Japan for a new and progressive approach to information and communication in order to engage citizens in a dynamic public dialogue and policy making process. RJIF thus takes the initiative in this vital effort of developing an international and trans-sector network to facilitate better access to reliable and actionable. 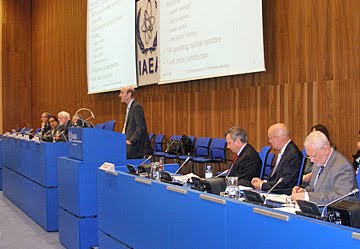 (Reuters) - The risk to public health from a severe nuclear power plant accident in the United States is "very small" because reactor operators should have time to prevent core damage and reduce the release of radioactive materials, U.S. nuclear regulators said in a study on Wednesday.


< isn't that what they thought in Japan?

The study comes almost a year after the disaster in Japan in March when an earthquake and tsunami damaged the Fukushima Daiichi nuclear power plant, causing reactor fuel meltdowns and radiation releases.

"As a result, the calculated risks of public health consequences from severe accidents modeled in the severe accident study) are very small," the NRC said. 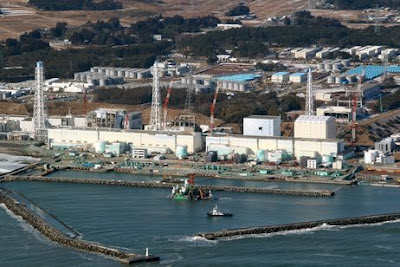 Michio Aoyama, a senior researcher at the Meteorological Research Institute, released the finding at a scientific symposium in Tsukuba, Ibaraki Prefecture, on Feb. 28...

cesium is but one of the radioactive components of the toxic mix that the reactors have been spewing out. with cesium as an indicator this would translate to "twice the amount previously thought" of all the other nuclear materials as well.

given that one of the three melted-down reactors contains plutonium-laced MOX fuel, that plutonium is a by-product of nuclear fission process in all three reactors, and that plutonium is more lethal and much more long-lived than cesium: One should note that the situation is actually much more serious overall when considering pollution beyond simply "x-trillion becquerels of cesium" (figures needed)


"Demonic" reality of Fukushima, versus absurdity of NRC

In the days following the March 11, 2011 beginning of the Fukushima Nuclear Catastrophe, chief cabinet secretary Yukio Edano repeatedly reassured the Japanese public, news media, and world community that there was "no immediate health risk" from mounting radioactive releases from the Fukushima Daiichi nuclear power plant. His choice of words was very similar to the U.S. nuclear power establishment's during the Three Mile Island melt down of 1979, as captured by Rosalie Bertell's classic anti-nuclear primer No Immediate Danger? Prognosis for a Radioactive Earth.

However, as the New York Times revealed Monday, Edano and his colleagues at the highest levels of the Japanese federal government were actually worried about a worst-case scenario, a "demonic chain reaction" of atomic reactor meltdowns spreading catastrophic amounts of deadly radioactivity from the three operating units at Fukushima Daiichi (as well as multiple high-level radioactive waste storage pools there), to the four operating reactors and pools at Fukushima Daini (just 7 miles south, which itself avoided catastrophe thanks to a single surviving offsite power line; several offsite power lines were lost to the earthquake, and all diesel generators were lost to the tsunami), to the operating reactor and pool at Tokai (much closer to Tokyo). Regarding such a nightmare scenario, eerily similar to what Japanese filmmaker Akira Kurosawa depicted in Dreams, the New York Times reported:

“We would lose Fukushima Daini, then we would lose Tokai,” Mr. Edano is quoted as saying, naming two other nuclear plants. “If that happened, it was only logical to conclude that we would also lose Tokyo itself.”

On March 13, 2011, even as Fukushima Daiichi's reactors were melting down and exploding, and its storage pools at risk of boiling or draining dry and the high-level radioactive waste catching fire, the U.S. Nuclear Regulatory Commission (NRC) provided false assurance to the U.S. public and news media, that no harmful levels of radioactive fallout would reach U.S. territories. However, at the very same time, NRC was itself worried about potentially hazardous levels of radioactive Iodine-131 reaching Alaska.

SOARCA is meant to replace a 1982 study, "Calculation of Reactor Accident Consequences" (CRAC-2). CRAC-2 made shocking projections of casualties and property damage that would result downwind of a catastrophic radioactivity release from an accident at either Peach Bottom Unit 2 or 3: 72,000 "peak early fatalities"; 45,000 "peak early injuries"; 37,000 "peak cancer deaths"; and $119 billion in property damages. But CRAC-2 was based on 1970 U.S. Census data. Populations have grown significantly in the past 42 years, so casualty figures would now be much worse. And when adjusted for inflation, property damages would now top $265 billion, in 2010 dollars. Such shocking figures may explain why NRC, which commissioned the study, tried to conceal its results from the public. But U.S. Rep. Ed Markey (D-MA) made the information public in congressional hearings.

Of course, as shown by Fukushima Daiichi, a major accident at either Peach Bottom reactor could very easily spread to the second reactor. And, as Yukio Edano -- who now serves as Japan's Minister of Economy, Trade, and Industry (METI), with direct oversight of the Nuclear and Industrial Safety Agency (NISA) -- warned about Fukushima Daini and Tokai, a catastrophic radioactivity release from Peach Bottom could spread to other nearby nuclear power plants, such as Limerick Units 1 and 2, Three Mile Island Unit 1, and Salem Units 1 and 2/Hope Creek, forcing workers to evacuate and putting many additional reactors' and high-level radioactive waste storage pools' safety at risk.

Despite all this, NRC's SOARCA -- by assuming almost all radioactivity will be contained during an accident, any releases will happen slowly and in a predictable fashion, that emergency evacuation will come off without a hitch, etc. -- claims that casualties will be low, or even non-existent. Such false assurances fall flat on their face in light of the lessons learned from the Fukushima Nuclear Catastrophe, including the new revelations described above.

In fact, Peach Bottom 2 and 3 are bigger in size than Fukushima's Units 1 to 4. Peach Bottom 2 and 3 are both 1,112 Megawatt-electric (MW-e) reactors, 2,224 MW-e altogether. Fukushima Daiichi Unit 1 was 460 MW-e. Units 2 and 3 were each 784 MW-e. Altogether, they were "only" 2,028 MW-e, smaller in size than Peach Bottom 2 and 3. The same is true regarding high-level radioactive wastes. The Fukushima Daiichi Units 1 to 4 storage pools contained a total of 354 tons of irradiated nuclear fuel. Peach Bottom nuclear power plant, however, stores well over 1,500 tons of irradiated nuclear fuel on-site. Although Peach Bottom has installed dry cask storage, the vast majority of irradiated fuel is still stored in the Mark I elevated, and vulnerable, pools. Beyond Nuclear recently published a backgrounder on the risk of Mark I high-level radioactive waste storage pools.

NRC should immediately withdraw its absurd SOARCA report, and get about the business of protecting public health, safety, and the environment -- its mandate -- rather than doing the nuclear power industry's bidding by downplaying risks as at Peach Bottom 2 and 3. A good place to start would be immediately and permanently shutting down all 23 operating Mark Is in the U.S., including Peach Bottom 2 and 3, as Beyond Nuclear's "Freeze Our Fukushimas" campaign calls for.

Beyond Nuclear - FREEZE OUR FUKUSHIMAS

"Freeze Our Fukushimas" is a national campaign created by Beyond Nuclear to permanently suspend the operations of the most dangerous class of reactors operating in the United States today; the 23 General Electric Mark I Boiling Water Reactors, the same flawed design as those that melted down at Fukushima-Daiichi in Japan.

Beyond Nuclear - Remembering Fukushima: Will YOU be marching against nuclear madness?