The Big Lie: One Year After Fukushima, Nuclear Cover Up Revealed

The Big Lie: One Year After Fukushima, Nuclear Cover Up Revealed
by Karl Grossman 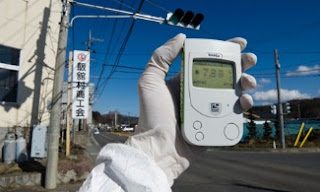 As the first anniversary of the Fukushima Daiichi nuclear disaster arrives, the cover-up involving nuclear power is more extensive than ever.

The Big Lie was integral to the nuclear push from its start.

Promoters of nuclear power discounted the seriousness of nuclear plant accidents, although government documents acknowledged the vast scale of catastrophe. As the Atomic Energy Commission’s “WASH-740 update,” done at Brookhaven National Laboratory in the 1960s, repeatedly states about a major nuclear plant accident: “The possible size of the area of such a disaster might be equal to that of the State of Pennsylvania.”

They pushed the “peaceful atom” although knowing that any nation with a nuclear plant would have the materiel from it (the plutonium produced as a byproduct) and trained personnel to make atomic weapons.

And nuclear power would be “too cheap to meter,” they insisted.

And on and on…

The realities of nuclear power have become ever more evident acutely so because of the disasters at Chernobyl and Fukushima.

But the Nuclear Big Lie continues bigger than ever...