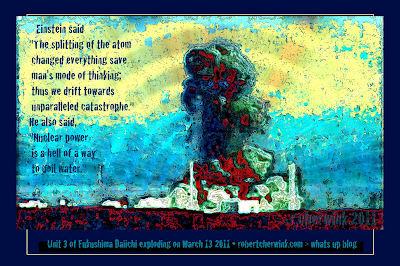 Fukushima in review:
A complex disaster, a disastrous response

On March 11, 2011, an earthquake and tsunami crippled the Fukushima Daiichi Nuclear Power Station. The emerging crisis at the plant was complex, and, to make matters worse, it was exacerbated by communication gaps between the government and the nuclear industry. An independent investigation panel, established by the Rebuild Japan Initiative Foundation, reviewed how the government, the Tokyo Electric Power Company (Tepco), and other relevant actors responded. In this article, the panel’s program director writes about their findings and how these players were thoroughly unprepared on almost every level for the cascading nuclear disaster. This lack of preparation was caused, in part, by a public myth of “absolute safety” that nuclear power proponents had nurtured over decades and was aggravated by dysfunction within and between government agencies and Tepco, particularly in regard to political leadership and crisis management. The investigation also found that the tsunami that began the nuclear disaster could and should have been anticipated and that ambiguity about the roles of public and private institutions in such a crisis was a factor in the poor response at Fukushima.

The 9.0-magnitude earthquake on March 11, 2011, and the ensuing 14-meter tsunami didn’t just cut off all electricity to the Fukushima Daiichi Nuclear Power Station, setting the stage for a major nuclear accident. The quake and tsunami—which reached over 20 meters in height in certain areas of the country—also killed tens of thousands of people, erased coastal towns, shut down roads, and severed communications, paralyzing businesses as well as the local and central governments. The multifaceted, complex, cascading nature of the disaster must be kept in mind in any assessment of the response to it. In short: A lot was happening—all at once.

The nuclear accident was itself a compound disaster, with meltdowns of reactor cores at Units 1, 2, and 3 and problems with the cooling of spent fuel pools at Units 1 through 4 of the six-unit plant. A hydrogen explosion at Unit 1 on the second day of the crisis exposed a spent-fuel pool to the open air, released radioactive material into the environment, and deteriorated the situation at the plant, causing delays in cooling Unit 3. An ensuing hydrogen explosion at Unit 3 then damaged seawater injection lines and vent lines for Unit 2, producing delays in cooling there. In other words, an accident at one unit inevitably hampered responses to the situation at another, leading to parallel chain reactions of accidents and radiation releases.

As the crisis deepened, Prime Minister Naoto Kan secretly instructed Shunsuke Kondo, chairman of the Japan Atomic Energy Commission (AEC), to draw up a worst-case scenario for the nuclear accident. This contingency scenario was submitted to the prime minister on March 25, 2011.1 It projected that the crisis could deepen in the following manner:

2. All on-site workers are forced to evacuate due to rising radiation levels.

3. Units 2 and 3 become impossible to cool, even when filled with water. Water cannot be injected, moreover, into the spent fuel pool of Unit 4.

4. Spent fuel becomes exposed in the pool at Unit 4, and the damaged fuel begins to melt. This melted fuel interacts with the concrete of the pool itself, producing a molten fuel-coolant interaction (MFCI)2 and releasing radioactive materials.3

5. The containment vessels of Units 2 and 3 are damaged, releasing radioactive materials.

6. The fuel in the spent fuel pool at Units 1, 2, and 3 are damaged and begin to melt, triggering MFCI and releasing radioactive materials.

If the sixth stage of the scenario is reached, the contingency document says, all residents living within 170 kilometers or more of the Fukushima plant might need to be relocated, and relocation might need to be advised for those living within 250 kilometers, since their annual exposure to radiation would be much higher than normal atmospheric levels. If such a worst-case scenario becomes a reality, the document suggests, evacuation of the 30 million residents in the Tokyo metropolitan area could become necessary, depending upon wind direction.

In an attempt to gain an accurate picture of the causes and background factors behind the crisis, the Rebuild Japan Initiative Foundation5 established the Independent Investigation Commission on the Fukushima Daiichi Nuclear Accident in September 2011. The commission consists of six respected experts from fields pertinent to the investigation; it is chaired by Koichi Kitazawa, former president of the Japan Science and Technology Agency and a renowned scientist. Under the supervision of the commission, a working group of about 30 professionals—including researchers, lawyers, journalists, and other specialists—has interviewed nearly 300 people involved in the Fukushima accident, including then-Prime Minister Kan.

We, the authors, believe that a close examination of the accident is not only essential for Japan’s reconstruction and energy policy—including the country’s nuclear power component—but also highly significant for the international community. Risks associated with the peaceful use of nuclear energy are certain to increase, in light of the surge in nuclear plant construction taking place in many emerging economies. It’s clear from our investigation of the Fukushima Daiichi accident that, even in the technologically advanced country of Japan, the government and the plant operator, Tokyo Electric Power Company (Tepco), were astonishingly unprepared, at almost all levels, for the complex nuclear disaster that started with an earthquake and a tsunami. And this grave oversight will affect the Japanese people for decades....

more > Fukushima in review: A complex disaster, a disastrous response

Email ThisBlogThis!Share to TwitterShare to FacebookShare to Pinterest
Labels: Fukushima