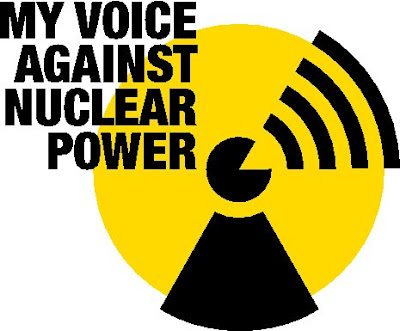 On the 26th anniversary of the Chernobyl nuclear disaster, Friends of the Earth Europe stands in solidarity with the people of Ukraine and neighbouring countries, remembering those affected by the catastrophe.

For many people the consequences of Chernobyl are still a reality, and nuclear power remains more than ever a threat to people and planet. But, resistance against nuclear power continues to grow across Europe, while genuine solutions, such as renewables and energy efficiency, gain ever more prominence.

Today, Friends of the Earth Austria launch their European Citizens' Initiative ‘My Voice Against Nuclear’. We aim to mobilise one million people across Europe against nuclear power, demanding that the European Commission deliver an energy system based on the only safe and secure form of energy – that which harnesses clean, renewable resources, or the energy we save through increased energy efficiency.

We conducted the interviews below with Reinhard Uhrig, an anti-nuclear campaigner for Friends of the Earth Austria who is launching the initiative ‘My Voice Against Nuclear’ today, and Pavlo Khazan, campaign director for climate change and energy at Friends of the Earth Ukraine. Both talk about mobilisations against nuclear power in Europe, hopes for a future beyond the nuclear age, and what we can learn from the past, on the 26th anniversary of Chernobyl.

TAKE ACTION > How we can make the EU nuclear free

Sign up at www.my-voice.eu to receive all the updates on the campaign.