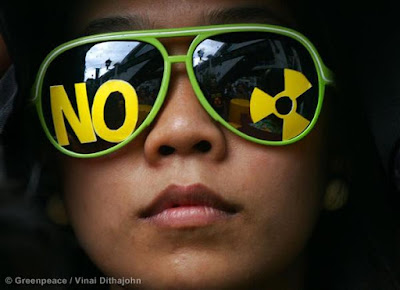 Americans know the clean energy economy is here and they are embracing it—and that doesn't include nuclear.


More than seven out of ten of us want more emphasis on wind and solar energy, while only about a third favor more nuclear energy, according to the latest research from the Gallup poling organization. Gallup also found that support for nuclear power dropped by 11 percentage points in the United States in the last five years.

Meanwhile, the struggling nuclear industry is trying to pitch its product as a viable low-carbon alternative to clean energy, rather than the dangerous and expensive choice that it is.

As potential climate solutions go, though, nuclear power is a losing proposition that is only getting worse. Developing clean, affordable renewable energy sources and tapping our vast energy efficiency “reserves” is a much smarter bet for America’s future...

whats up: #BustTheMyth
you can't nuke global warming!
:: NUKES CAN BE NO SOLUTION TO CLIMATE-CHANGE – they are NOT carbon-free clean safe green or affordable!