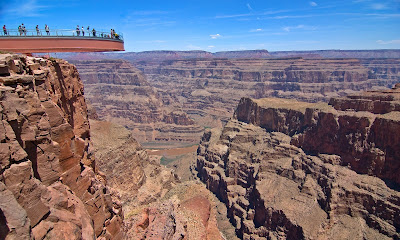 Science shows we can’t assume that uranium deposits, when disturbed by mining, can’t leak into groundwater. We should be wary of claims to the contrary


It only takes a few Grand Canyon hikes to realize the importance of its springs and other water sources. When refilling a water bottle in the cool depths below multi-colored rock walls, listening to a summer frog symphony at sunset or maybe snapping an icicle from a weeping ledge in winter, it’s clear that the living desert depends on its pockets of water.
That’s why, as a hydrologist and longtime Grand Canyon hiker, boatman and scientist, I am profoundly concerned about continued uranium mining in or near it. It has great potential to irreparably harm Grand Canyon springs and the plants and animals that depend on them.
I am concerned because industry and agency officials are relying on a justification that isn’t supported by past investigations, research or data to promote uranium mining in the Grand Canyon region. Specifically, they claim that mining will have minimal impact on springs, people and ecosystems there.
Instead, the science shows that it is unreasonable to assume that uranium deposits, when disturbed by mining, can’t leak into groundwater. The deposits in the Grand Canyon are typically found in geologic features known as breccia pipes, formed millennia ago when caves in the main groundwater system collapsed, leaving shattered, rock-filled chimneys that extend upwards thousands of feet to the canyon’s rim. These chimneys act as conduits that have allowed groundwater to move vertically through the rock layers over thousands of years. The vertical movement of groundwater combined with low oxygen levels caused the uranium deposits to form over millennia. Inserting a mine shaft into these features disrupts geologic formations, increases the permeability and oxygenation of these vertical pipes and increases the ability of ore deposits to be suddenly dissolved, mobilized and carried with groundwater...