Diablo Canyon | Need To Know | It Can Happen Here

Could a Fukushima-style disaster happen at one of California's nuclear power plants? The Diablo Canyon nuclear plant is near two California fault lines, and at least one critic, a Republican state senator, is questioning whether the utility that owns the plant, PG&E, is doing all it needs to to ensure that it can safely withstand the kind of earthquake some seismologists believe is possible.

While many radioactive cattle have been discovered large distances from Fukushima, what is more important is where their feed is coming from. "It's not only about the radioactive cattle in Fukushima Prefecture; its also about the radioactive straw the cattle eat that was grown elsewhere". Straw found 45 miles from Fukushima is highly contaminated with radioactive cesium, which is an indication that radiation has contaminated large portions of Northern Japan. More than half a million disintegrations per second in a kilogram of straw are comparable to Chernobyl levels. This proves that the American Nuclear Regulatory Commission was correct when it told Americans to evacuate beyond 50 miles and that the Japanese should have done the same. An Ex-Secretariat of Japan's Nuclear Safety Commission blames this contamination on "Black Rain". Rather than minimize the information the Japanese people receive, Gundersen suggests minimizing their radiation exposure.

AFP: Fears mount in Japan over radioactive beef: "Meat from 11 cows at the farm was found at the weekend to be contaminated with up to six times the legal limit of caesium and the farmer has since admitted he fed the animals straw exposed to radioactive fallout."


Why Fukushima Can Happen Here: What the NRC and Nuclear Industry Dont Want You to Know

Why Fukushima Can Happen Here: What the NRC and Nuclear Industry Dont Want You to Know from Fairewinds Associates on Vimeo.

The well-known safety flaws of Mark 1 Boiling Water Reactors have gained significant attention in the wake of the four reactor accidents at Fukushima, but a more insidious danger lurks. In this video nuclear engineers Arnie Gundersen and David Lochbaum discuss how the US regulators and regulatory process have left Americans unprotected. They walk, step-by-step, through the events of the Japanese meltdowns and consider how the knowledge gained from Fukushima applies to the nuclear industry worldwide. They discuss "points of vulnerability" in American plants, some of which have been unaddressed by the NRC for three decades. Finally, they concluded that an accident with the consequences of Fukushima could happen in the US.

With more radioactive Cesium in the Pilgrim Nuclear Plant's spent fuel pool than was released by Fukushima, Chernobyl, and all nuclear bomb testing combined. Gundersen and Lockbaum ask why there is not a single procedure in place to deal with a crisis in the fuel pool? These and more safety questions are discussed in this forum presented by the C-10 Foundation at the Boston Public Library. Special thanks to Herb Moyer for the excellent video and Geoff Sutton for the frame-by-frame graphics of the Unit 3 explosion.

• Why Fukushima Can Happen Here: What the NRC and Nuclear Industry Dont Want You to Know
• Fairewinds updates on Fukushima Nuclear Disaster
• Fairewinds videos 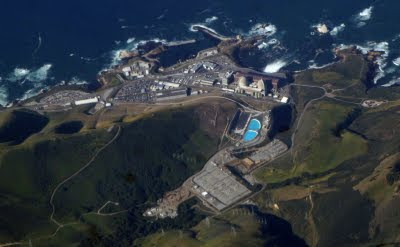 This is a file from the Wikimedia Commons | info page

From Nuclear Power Plants in California: "Diablo Canyon Power Plant is an electricity-generating nuclear power plant at Avila Beach in San Luis Obispo County, California. It was built directly over a geological fault line, and is located near a second fault. The plant has two Westinghouse-designed 4-loop pressurized-water nuclear reactors operated by Pacific Gas & Electric. The facility is located on about 750 acres (300 ha) in Avila Beach, California. Together, the twin 1,100 MWe reactors produce about 18,000 GW-h of electricity annually, supplying the electrical needs of more than 2.2 million people, sent along the Path 15 500-kV lines that connect to this plant." 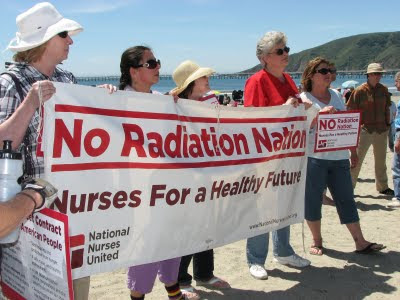 "The Diablo Canyon plant near San Luis Obispo and the San Onofre plant on the southern California coast are vulnerable to meltdowns from earthquakes and threaten both residents and the environment."
- Norman Solomon 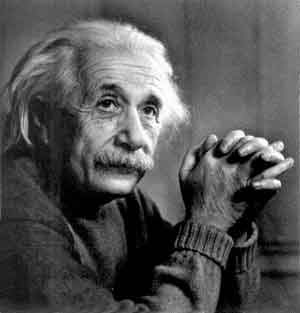 "Through the release of atomic energy, our generation has brought into the world the most revolutionary force since the prehistoric discovery of ﬁre. This basic power of the universe cannot be ﬁtted into the outmoded concept of narrow nationalisms. For there is no secret and there is no defense, there is no possibility of control except through the aroused understanding and insistence of the peoples of the world.

"We scientists recognize our inescapable responsibility to carry to our fellow citizens an understanding of the simple facts of atomic energy and its implications for society. In this lies our only security and our only hope—we believe that an informed citizenry will act for life and not death." 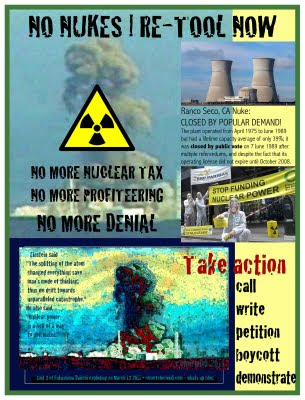 and reduce demand for electricity

something to keep in mind

anyone who tells you that nuclear energy is safe is either lying, making money, misinformed and/or delusional

It doesn't belong here at all, and it's well past time to get rid of it.

Conceived in the 1950s, the two units that still operate were designed in the 60s, built in the 70s, went online in the 80s, and have been falling apart ever since. And they have been piling up nuclear waste along our coast ever since, too -- at the horrific rate of 500 pounds per day, with nowhere to put it. There are over eight million pounds of so-called 'spent fuel' at the site right now -- making it potentially worse than Fukushima in an accident.

And 'spent fuel' is quite a euphemism, considering that after use, it is about 10 million times MORE hazardous than before it went into the reactor. And it will remain so for tens of thousands of years. After use, it's full of biological-systems targeting fission products... 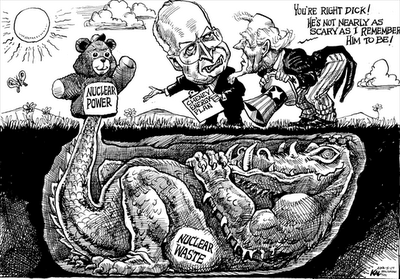 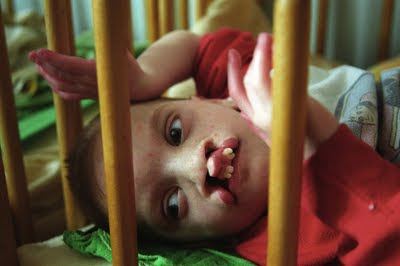 "A full quarter of a century after Chernobyl, the world is faced with a new nuclear catastrophe, this time in Japan..."

TUESDAY, APRIL 26, 2011 - " It was 25 years ago today when a deadly explosion at the Chernobyl nuclear power plant in the former Soviet state of Ukraine led to what was then the worst nuclear disaster in history. It sent a cloud of radioactive fallout into Russia, Belarus and over a large portion of Europe... "


"Children born in the plant’s vicinity continue experiencing high levels of birth defects, especially severe brain damage. In this clip from the 2003 documentary Chernobyl Heart, a nurse at a children’s care facility applies medication to the severely infected and mutated hands of a little boy..."

"...A million people have died so far as a result of the 1986 Chernobyl nuclear plant accident, explains Janette Sherman, M.D., toxicologist and contributing editor of the book Chernobyl: Consequences of the Catastrophe for People and the Environment. Published by the New York Academy of Sciences, the book, authored by Dr. Alexey Yablokov, Dr. Vassily Nesterenko and Dr. Alexey Nesterenko, examined medical records now available--which expose as a lie the claim of the International Atomic Energy Commission that perhaps 4,000 people may die as a result of Chernobyl."


A video dedicated to those still suffering from the Chernobyl disaster.