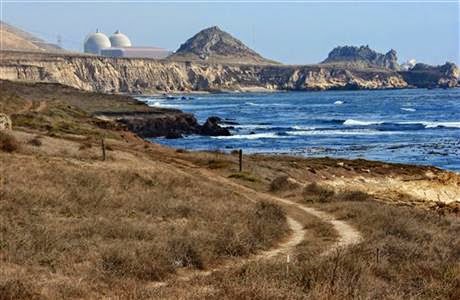 LOS ANGELES (AP) — A senior federal nuclear expert is urging regulators to shut down California's last operating nuclear plant until they can determine whether the facility's twin reactors can withstand powerful shaking from any one of several nearby earthquake faults.
Michael Peck, who for five years was Diablo Canyon's lead on-site inspector, says in a 42-page, confidential report that the Nuclear Regulatory Commission is not applying the safety rules it set out for the plant's operation.
The document, which was obtained and verified by The Associated Press, does not say the plant itself is unsafe. Instead, according to Peck's analysis, no one knows whether the facility's key equipment can withstand strong shaking from those faults — the potential for which was realized decades after the facility was built. 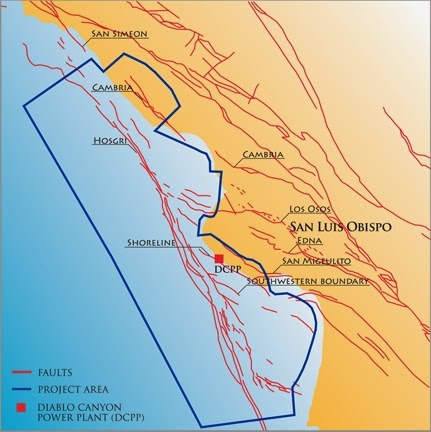 Continuing to run the reactors, Peck writes, "challenges the presumption of nuclear safety."
Peck's July 2013 filing is part of an agency review in which employees can appeal a supervisor's or agency ruling — a process that normally takes 60 to 120 days, but can be extended. The NRC, however, has not yet ruled. Spokeswoman Lara Uselding said in emails that the agency would have no comment on the document.
The NRC, which oversees the nation's commercial nuclear power industry, and Diablo Canyon owner Pacific Gas and Electric Co., say the nearly three-decade-old reactors, which produce enough electricity for more than 3 million people annually, are safe and that the facility complies with its operating license, including earthquake safety standards.
PG&E spokesman Blair Jones said the NRC has exhaustively analyzed earthquake threats for Diablo Canyon and demonstrated that it "is seismically safe." Jones said in an email that the core issue involving earthquake ground motions was resolved in the late 1970s with seismic retrofitting of the plant.
Following the AP report, the Senate Environment and Public Works Committee announced it would hold hearings into how the NRC has handled Peck's recommendation. Sen. Barbara Boxer, a California Democrat who chairs the panel, said in a statement she's alarmed his report has lingered at the agency for a year. "The NRC's failure to act constitutes an abdication of its responsibility to protect public health and safety," she said...

HELP PROTECT CALIFORNIA FOOD FARMS AND FAMILIES FROM NUCLEAR DISASTER! -- Get involved in NO NUKES! 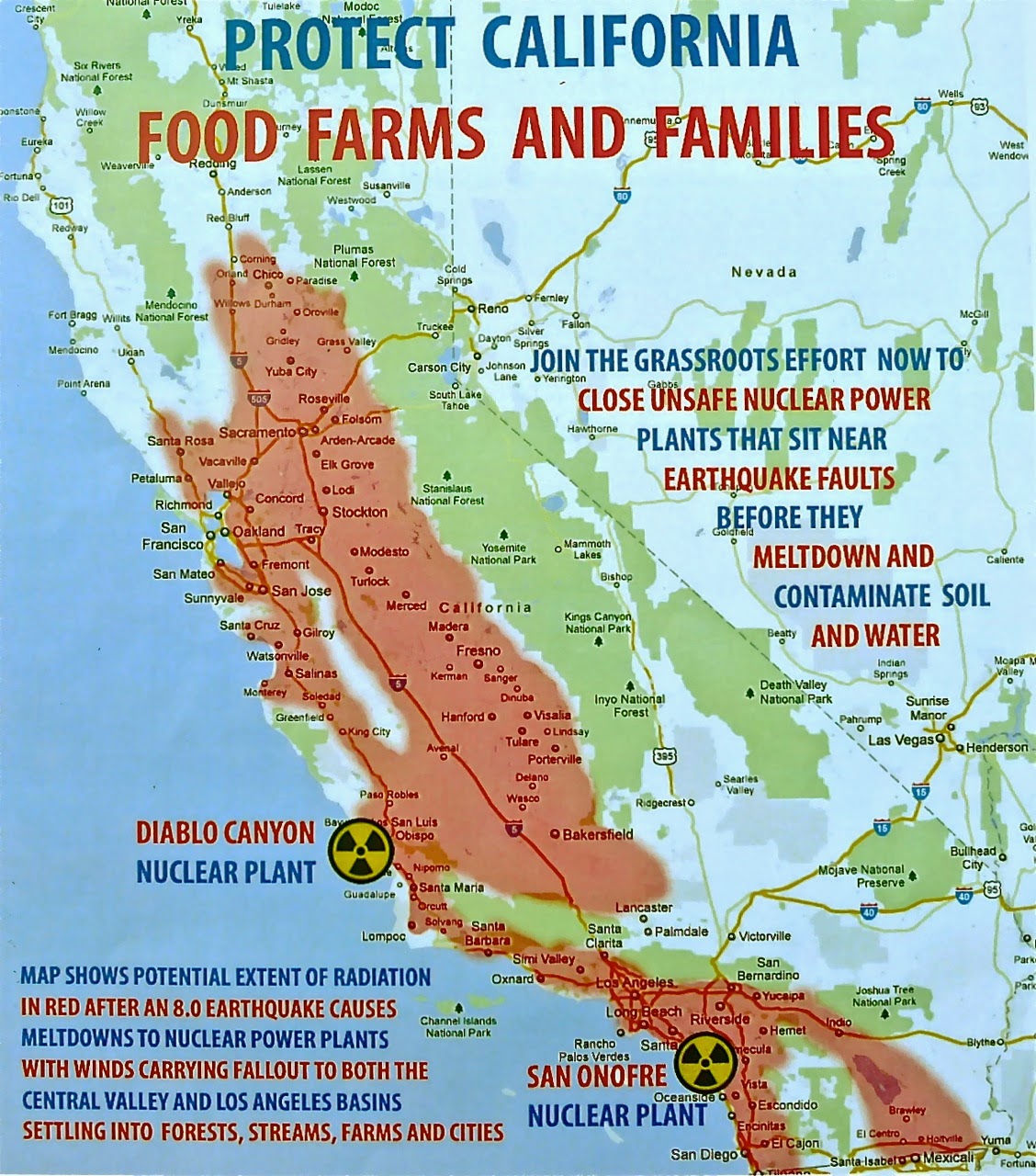