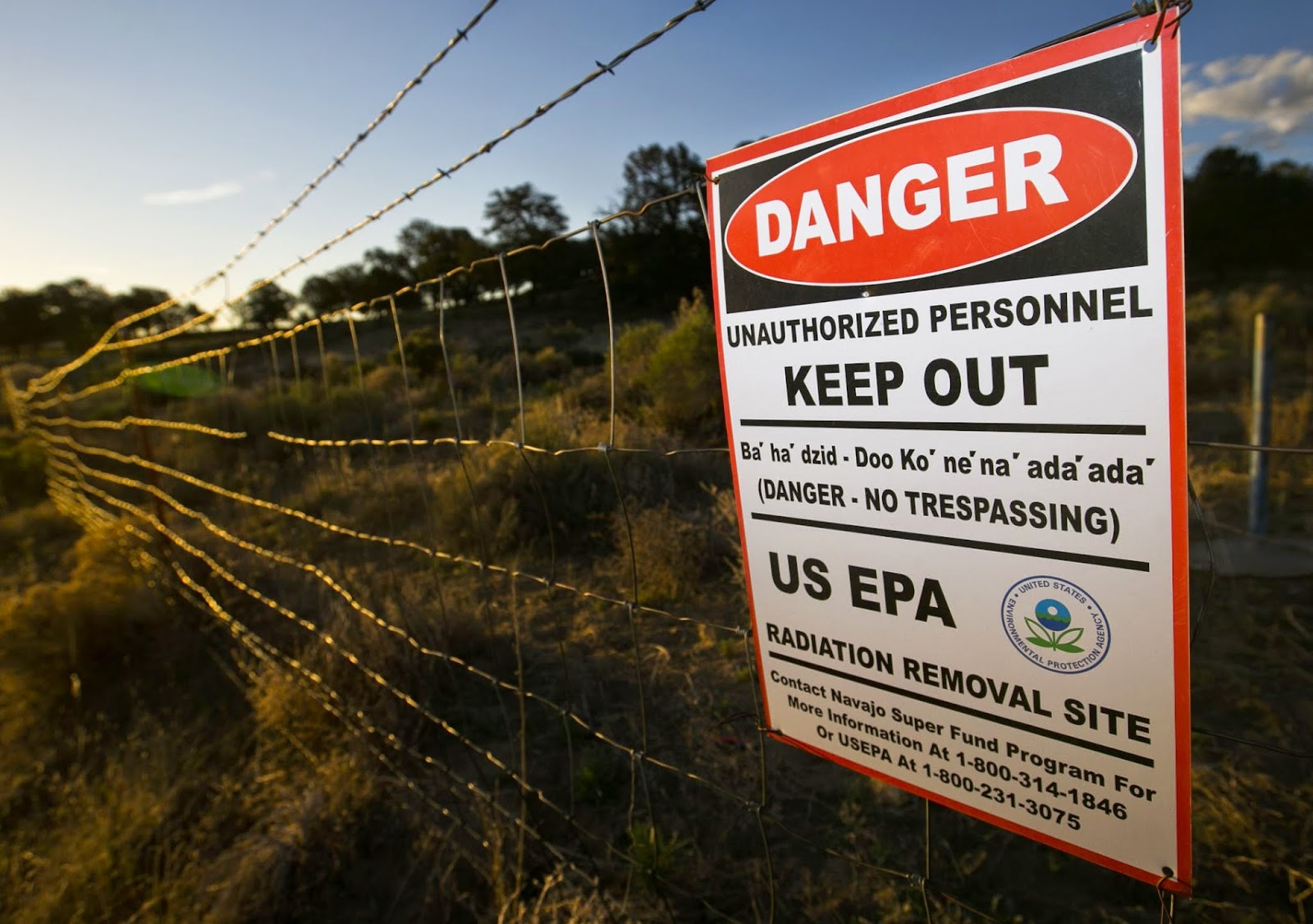 CAMERON -- In 1957, Charley Colorado climbed down a uranium mine shaft near his ancestral sheepherding grounds and began hammering at a rock that would power the atomic bomb and help America stare down the Soviets.

Now, Colorado, 87, spends much of his time wedged between a medical oxygen tank and a twin bed, parked in an easy chair before a wood stove at his family's home on the high desert west of Gray Mountain, near Cameron. He has frequent blackouts and trouble breathing.

"We did our part to keep America free!" reads the 2014 Cold War Patriots calendar on the corner wall behind him. A mini U.S. flag juts from a clay pot nearby.

"They (said) that it wasn't dangerous," he wheezed in the Navajo, or Dine, language, "that it wouldn't cause problems.

Decades after America's Cold War uranium binge, the Colorado Plateau remains scarred, poisoning and frightening a people who still live with the radioactive residue of 521 abandoned mines scattered across their reservation's 17.2 million acres, which is larger than West Virginia.

The U.S. promises a thorough cleanup, but at current funding levels, it could take generations to complete...