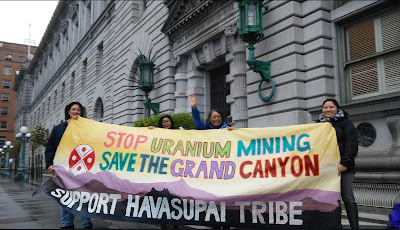 Mari Inoue of Manhattan Project for a Nuclear-Free World talks about the issues surrounding the US-Japan Nuclear Energy Cooperation Treaty – and why we really don’t want it to be renewed. LINK to information on the June 17, 2017 NYC protest of the proposed treaty renewal.