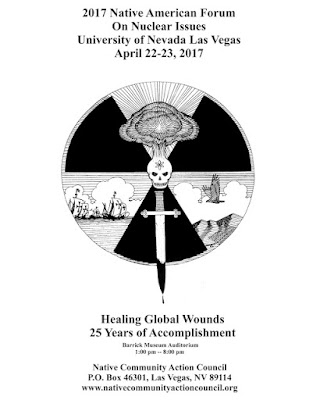 Joe Kennedy of the Timbisha Shoshone Tribe in Death Valley stated, “Our effort is focused on cancer prevention by understanding exposure pathways then conducting risk mitigation in Native American communities.”

Since 1951 the US and UK have conducted nuclear testing within Western Shoshone homelands causing a wide variety of adverse health consequences know to be plausible from exposure to radiation in fallout. The proposed Yucca Mountain high level nuclear waste repository, if licensed, will add significant risk factors to the lives of the Shoshone and Paiute people. According to Ian Zabarte, Secretary of the Native Community Action Council, “Yucca Mountain is within the Shoshone treaty boundary and therefore cannot meet the licensing requirement of ownership since the treaty is in full force and effect. This is our primary contention at the Nuclear Regulatory Commission Atomic Safety Licensing Board.” . 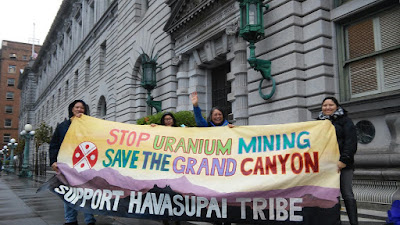