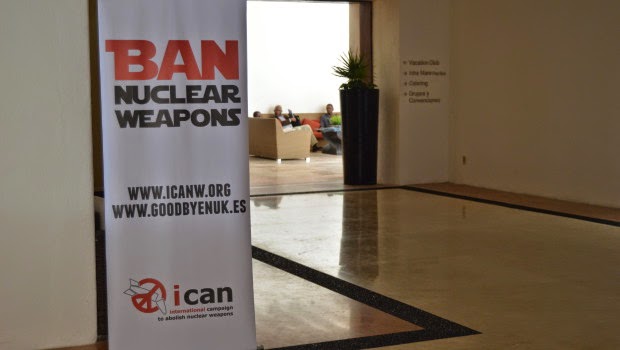 On Thursday, 23 April the Dutch Parliament (Tweede Kamer) adopted a motion saying the government must join, in a substantive manner, international negotiations on a treaty banning nuclear weapons, without preventively judging an end result.
During the debate on the NPT, Minister of Foreign Affairs Koenders made it clear that he was not willing to join negotiations- because he believes banning nuclear weapons is the last step, following their elimination.  A  majority of the parliament disagreed and said the government should not judge a process before it has started and urged the government to join future negotiations...
more:
Dutch parliament: Negotiate a ban! - No Nukes Netherlands

No Nukes is Pax's campaign for a world free of nuclear weapons. No Nukes seeks opportunities to strengthen the global non-proliferation regime and to accelerate global nuclear disarmament by stigmatizing, outlawing and eliminating nuclear weapons.
PAX means peace. PAX brings together people who have the courage to stand for peace. Together with people in conflict areas and concerned citizens worldwide, PAX works to build just and peaceful societies across the globe.