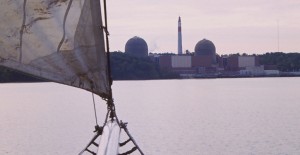 Clearwater and The Connie Hogarth Center for Social Action will host a benefit to support Clearwater’s ongoing Indian Point Campaign that will take place on April 28, from 3:00-6:00 PM at Reid Castle at Manhattanville College in Purchase, NY. Clearwater has been at the forefront of the fight to close Indian Point to prevent the relicensing of outdated facility. Since its inception 15 years ago, the Connie Hogarth Center for Social Action has also actively opposed Indian Point and called for its closure. This intimate gathering will bring together many influential individuals from a constituency that is building community momentum to see the Indian Point nuclear facility permanently closed.

RSVP: Reservations are $125 per person, $200 for two, or $350 for two and includes two tickets to the Clearwater Festival taking place June 15 & 16 at Croton Point Park in Westchester County, NY. Reservations can be obtained through the Clearwater website at www.clearwater.org by going to the donation page and selecting “Indian Point Benefit 2013” as the gift designation.
All proceeds will go to support Clearwater’s legal fees, community outreach efforts, and public policy campaign to close the aged, leaking, outdated nuclear reactors located at Indian Point Nuclear Power Plant in Buchanan, NY.

Email ThisBlogThis!Share to TwitterShare to FacebookShare to Pinterest
Labels: events, Indian Point, US