More Nuclear Energy Is Not The Solution To Our Climate Crisis 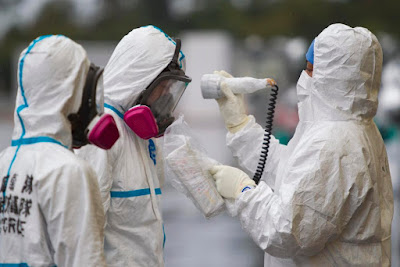 Faced with the Intergovernmental Panel on Climate Change’s latest report, some environmental leaders are all too ready to toss a lifeline to aging, uneconomic nuclear power plants. The Union of Concerned Scientists (UCS), long venerated as America’s most rigorous nuclear watchdog group, joined this chorus in early November.
The UCS report, “The Nuclear Dilemma,” proposes that we single out “safe” but financially ailing nuclear plants and subsidize their operations, so that they might remain open — thus avoiding additional carbon emissions from coal or natural gas plants that might replace them. America gets about 20 percent of its electricity from nuclear power, but only 17 of the 99 reactors that generate this power are unprofitable, according to UCS. Those reactors account for just 3 percent of overall U.S. power generation, though UCS says the share of unprofitable nuclear plants could grow in future years if the price of natural gas drops or the costs of maintaining older nuclear facilities rise.
What do we gain by breathing some extra life into these plants? Proponents say “zero-carbon emissions.” That’s if we choose to ignore the emissions associated with mining and processing uranium, building nuclear power stations, managing nuclear waste, and — on those rare but horrific occasions — dealing with the consequences of a major nuclear disaster.


more: More Nuclear Energy Is Not The Solution To Our Climate Crisis