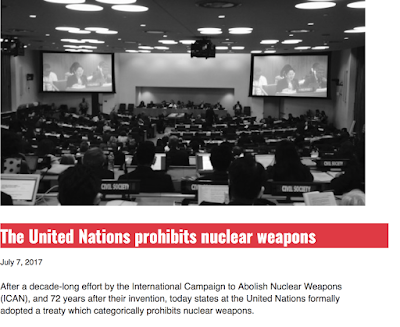 After a decade-long effort by the International Campaign to Abolish Nuclear Weapons (ICAN), and 72 years after their invention, today states at the United Nations formally adopted a treaty which categorically prohibits nuclear weapons.

Until now, nuclear weapons were the only weapons of mass destruction without a prohibition treaty, despite the widespread and catastrophic humanitarian consequences of their intentional or accidental detonation. Biological weapons were banned in 1972 and chemical weapons in 1992. 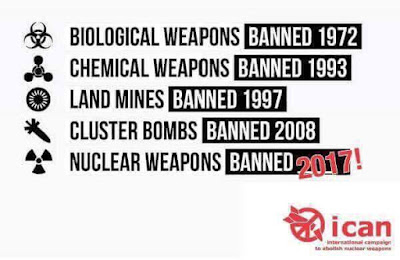 On adoption of the treaty, ICAN’s executive director, Beatrice Fihn, said: “We hope that today marks the beginning of the end of the nuclear age. It is beyond question that nuclear weapons violate the laws of war and pose a clear danger to global security…"