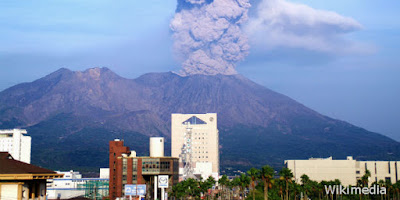 In hopes of reviving Japan’s atomic energy industry, its Nuclear Agency just gave the go-ahead to restart two reactors at the Sendai Nuclear Power Plant. But these are located in Satsumasendai, an earthquake and active volcano area.

Authorities claim the plants meet new standards put in place since the Fukushima disaster, but it appears pressure from the rising costs of gas and oil imports is rushing the country into reopening plants that may not be ready to withstand another natural disaster.

Of greatest concern is that an active Level 3 volcano, Sakurajima, is only about 30 miles from the Sendai plant. Another worry is that restarting a plant in such a high-risk zone will expedite the opening of five more similar plants.

Although there would be economic gain from reopening the Sendai plant, the enormous long-term risks posed by it‘s proximity to an active volcano, just don’t seem to justify the short-term benefits.
Ask Japan not to turn on nuclear reactors near an active volcano.