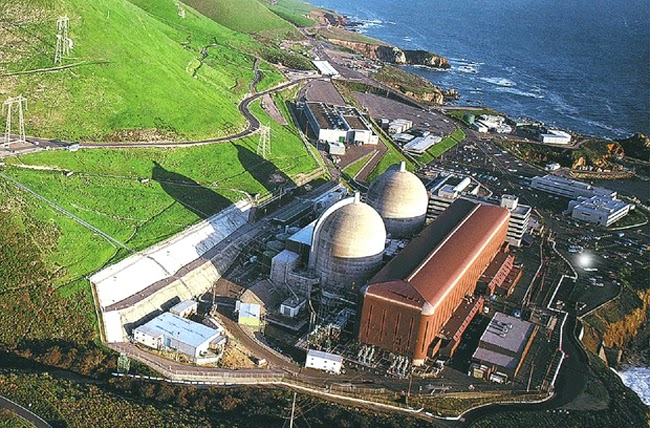 ...Global climate change and the nuclear weapons industry were listed as the primary threats, but the Bulletin’s analysis also cited “the leadership failure on nuclear power.” The Bulletin noted that “the international community has not developed coordinated plans to meet the challenges that nuclear power faces in terms of cost, safety, radioactive waste management, and proliferation risk.” The triple meltdown at Japan’s Fukushima Dai-ichi power plant in 2011 brought the issue to global attention after an unpredictable earthquake stronger than the plant was built to withstand overwhelmed the reactors in conjunction with a massive tsunami. This unprecedented disaster even led the U.S. Nuclear Regulatory Commission (NRC) to establish a Fukushima Lessons Learned Division. But the situation at California’s last remaining active nuclear plant has generated widespread concern about whether the NRC has learned anything at all from Fukushima.

The Diablo Canyon Power Plant near scenic San Luis Obispo on the Golden State’s central coast sits in an area where several new fault lines have been discovered over the decades. Controversy flared in 2014 due to revelations about regulatory safety questions from the plant’s former senior resident inspector Michael Peck, who served in that role from 2007-12. Peck became concerned that new seismic data suggested the plant was operating outside the safety margins of its license. He issued a non-concurrence in 2012, a Dissenting Professional Opinion in 2013 and a DPO Appeal in 2014. Debate between Peck and his bosses at the NRC has centered around what methodology should be used to determine whether the plant could survive a massive quake it might not be built to withstand...