The Inconvenient Truth in the US-China Climate Pact? | GreenWorld 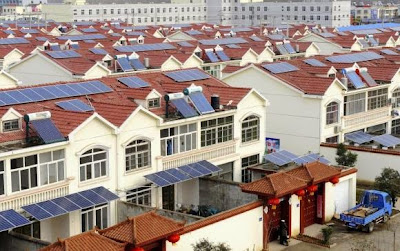 China’s government tends to be ruled by a high degree of economic realism. The national economy comes first and has largely trumped other considerations, such as the environment, human rights, democracy, global public opinion, etc. The decision to enter into the climate pact with the U.S., to the extent that China intends to honor it (and there is no indication at this stage that it does not), suggests that it has to give serious consideration to how it will meet the lofty objective implied by the commitment to provide 20% of its total energy supply through low-carbon generation sources by 2030. It is being reported widely that this objective equates to China installing as much low-carbon generation as the entire current U.S. electricity production from all sources.
It’s completely reasonable to wonder, with such an ambitious goal, how much China will rely on nuclear as opposed to renewables to get there. In fact, there is no reason to expect that China will abandon nuclear, given all the rest of the reasons the country has been pursuing it: building of international prestige, demonstration of geopolitical might, illustration of engineering prowess, development of manufacturing capacity, etc.
But in reality there is no way that nuclear is going to be even close to a majority share of how China will get to the goal. China will soon have 22 reactors in operation and has the largest pipeline of reactors in construction in the world at a whopping total of 27. There are reportedly another 59 reactors in the planning stage, and 150 reactors proposed. These numbers are very similar to the historical U.S. reactor pipeline, which once approached a high of about 250 reactors proposed, planned, or developed. The U.S. fell short by more than half that number. capping out at 114 commercial reactors completed (15 of which are closing or closed), plus the five currently in construction.
If every one of these were actually built and put into operation, China’s ambitious nuclear development plans would cap out at about 250,000 MW of nuclear generation–more than 10 times the reactors and 12 times its current nuclear power capacity. And China would do this in about the same amount of time it has taken to develop just the 22 reactors currently in operation–an incredibly ambitious expansion under the huge constraints facing nuclear energy development. Essentially, China would have to build and put into operation 15 reactors/year for 15 years, more than one per month...

more: The Inconvenient Truth in the US-China Climate Pact? | GreenWorld