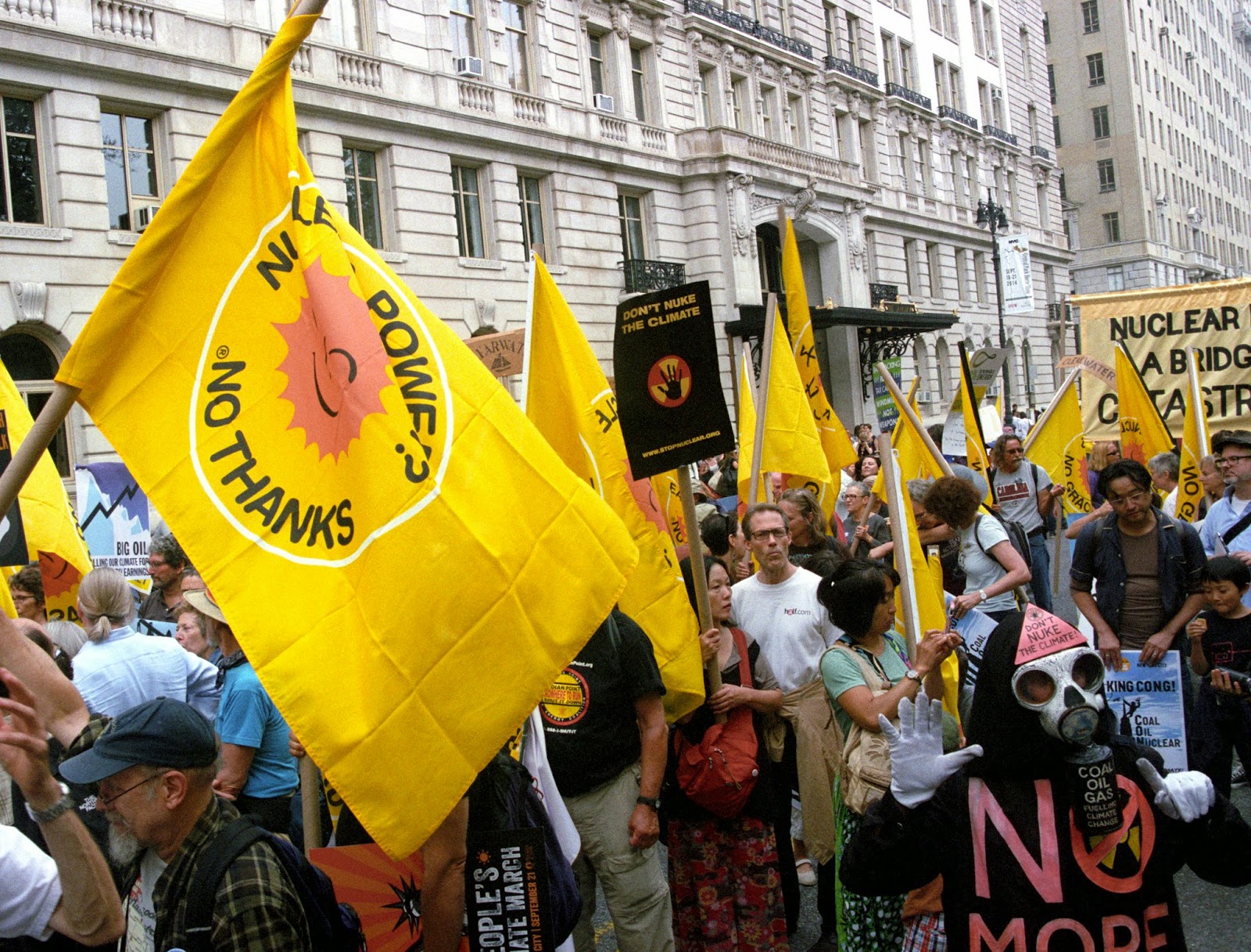 The nuclear power industry and its governmental allies are spending tens of millions of dollars annually to promote atomic power as an “emissions-free” energy source. Their goal is to encourage the construction of new nuclear reactors in the U.S. and worldwide and prevent the shutdown of dangerous old reactors that cannot compete economically with clean energy sources like wind and solar power..

Yet nuclear power is not only ineffective at addressing climate change, when the entire fuel chain is examined, nuclear power is a net producer of greenhouse gases. Adding enough nuclear power to make a meaningful reduction in greenhouse gas emissions would cost trillions of dollars, create tens of thousands of tons of lethal high-level radioactive waste, contribute to further proliferation of nuclear weapons materials, result in a Chernobyl or Fukushima-scale accident once every decade or so, and, perhaps most significantly, squander the resources necessary to implement meaningful climate change policies.

Here is where to go for up-to-date information on nuclear power and climate.

In November 2000 the world recognized nuclear power as a dirty, dangerous and unnecessary technology by refusing to give it greenhouse gas credits during the UN Climate Change talks in the Hague. The world dealt nuclear power a further blow when a UN Sustainable Development Conference refused to label nuclear a sustainable technology in April 2001.

This section includes documents from the COP 6 meeting of the Kyoto Protocol held in the Hague and other materials. This issue is a high priority for the international NIRS/WISE network.