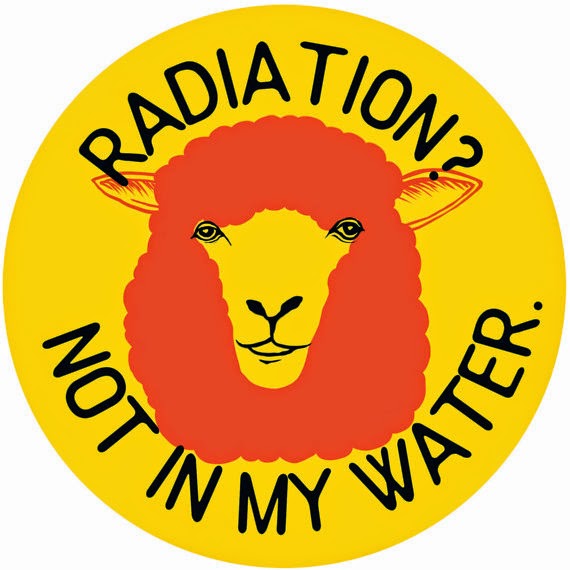 URANIUM? LEAVE IT IN THE GROUND!
-A Film Screening & Discussion About Uranium Mining- 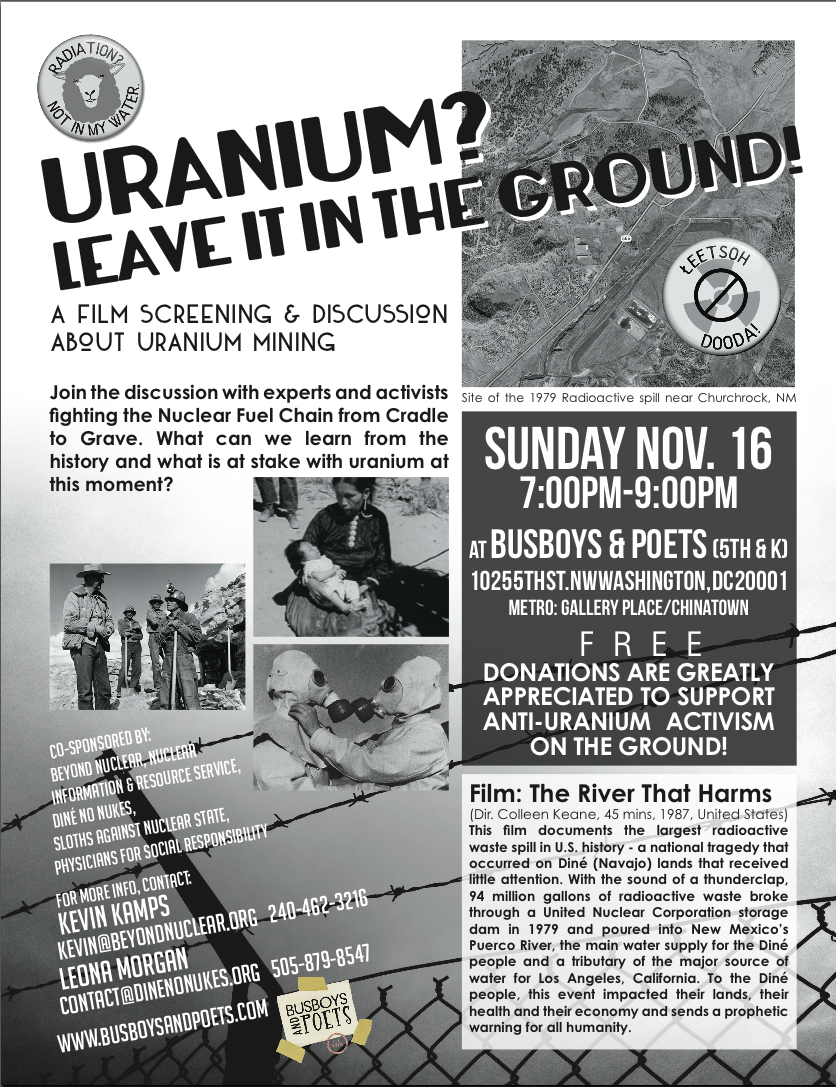 Join the discussion with experts and activists fighting the Nuclear Fuel Chain from Cradle to Grave. What can we learn from the history and what is at stake with uranium at this moment?

Film: The River That Harms
(Dir. Colleen Keane, 45 mins, 1987, United States)
This film documents the largest radioactive waste spill in U.S. history - a national tragedy that occurred on Diné (Navajo) lands that received little attention. With the sound of a thunderclap, 94 million gallons of radioactive waste broke through a United Nuclear Corporation storage dam in 1979 and poured into New Mexico’s Puerco River, the main water supply for the Diné people and a tributary of the major source of water for Los Angeles, California. To the Diné people, this event impacted their lands, their health and their economy and sends a prophetic warning for all humanity.

Co-sponsored by: Beyond Nuclear, Nuclear Information and Resource Service, Diné No Nukes, S.A.N.S., and Physicians for Social Responsibility.


Sticker designed by Yuko Tonohira of S.A.N.S., as is the Nov. 16th event flier


"Uranium? Leave It In the Ground!" film showing & discussion, Nov. 16 | Beyond Nuclear

Email ThisBlogThis!Share to TwitterShare to FacebookShare to Pinterest
Labels: events, film, US