Why Nukes Can't Save the Climate. Reason #9. Nukes are not suited for warming climates. 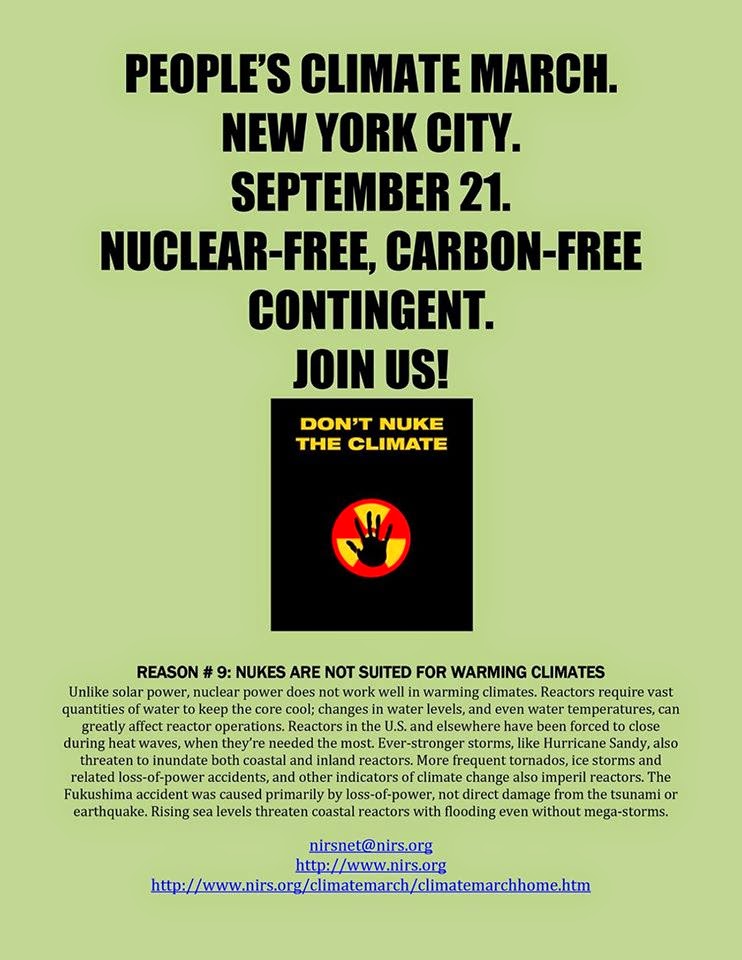 Unlike solar power, nuclear power does not work well in warming climates. Reactors require vast quantities of water to keep the core cool; changes in water levels, and even water temperatures, can greatly affect reactor operations. Reactors in the U.S. and elsewhere have been forced to close during heat waves, when they’re needed the most. Ever-stronger storms, like Hurricane Sandy, also threaten to inundate both coastal and inland reactors. More frequent tornados, ice storms and related loss-of-power accidents, and other indicators of climate change also imperil reactors. The Fukushima accident was caused primarily by loss-of-power, not direct damage from the tsunami or earthquake. Rising sea levels threaten coastal reactors with flooding even without mega-storms. 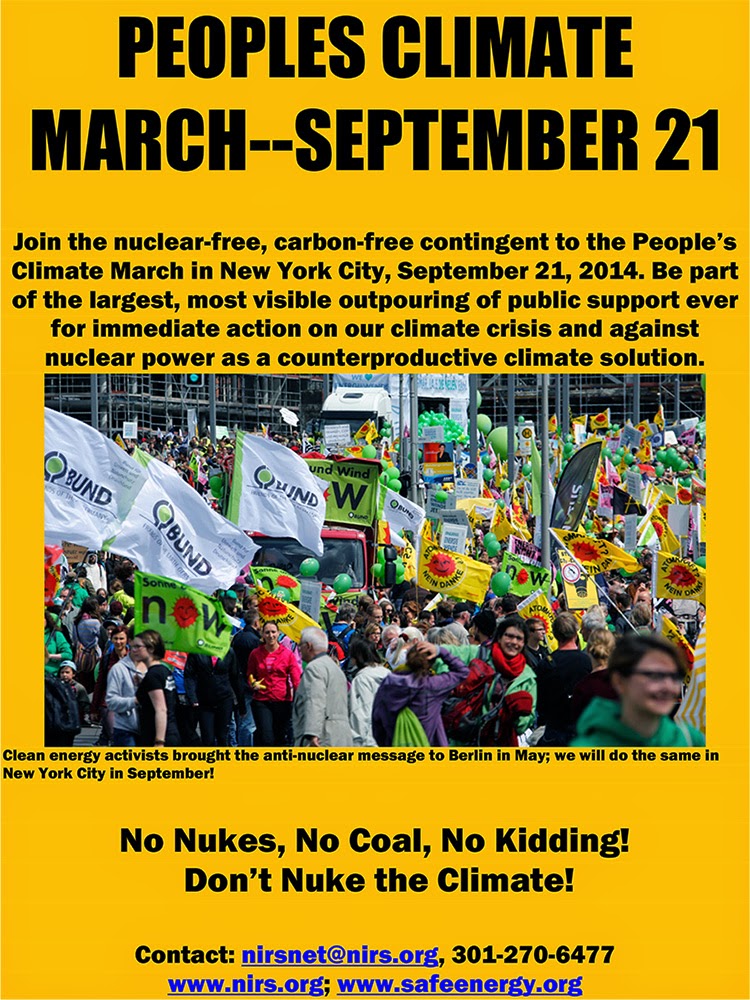 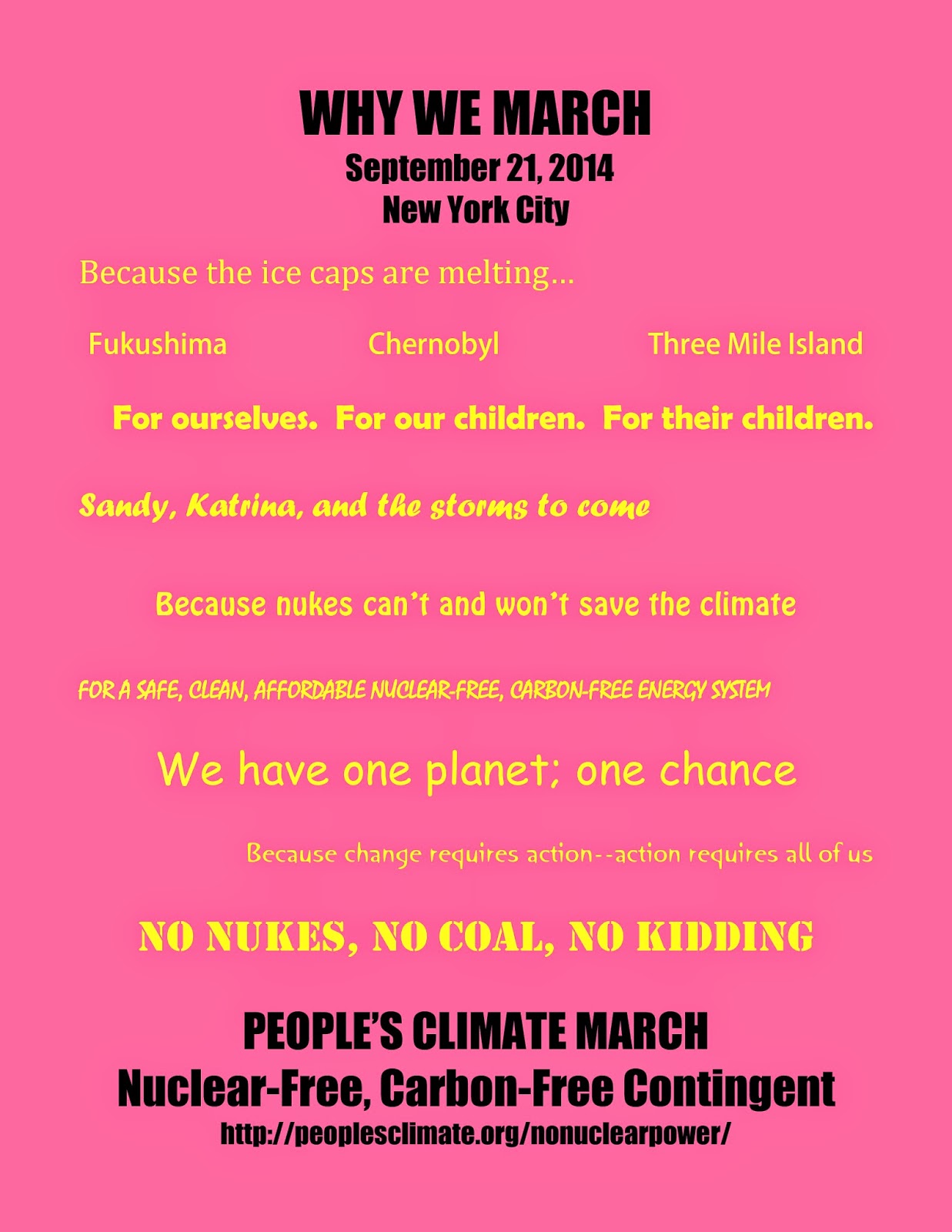 whats up: reasons nukes can't save the planet | 9.21 PEOPLES CLIMATE MARCH, NYC: nuclear-free, carbon-free contingent
(all the memes on one page)