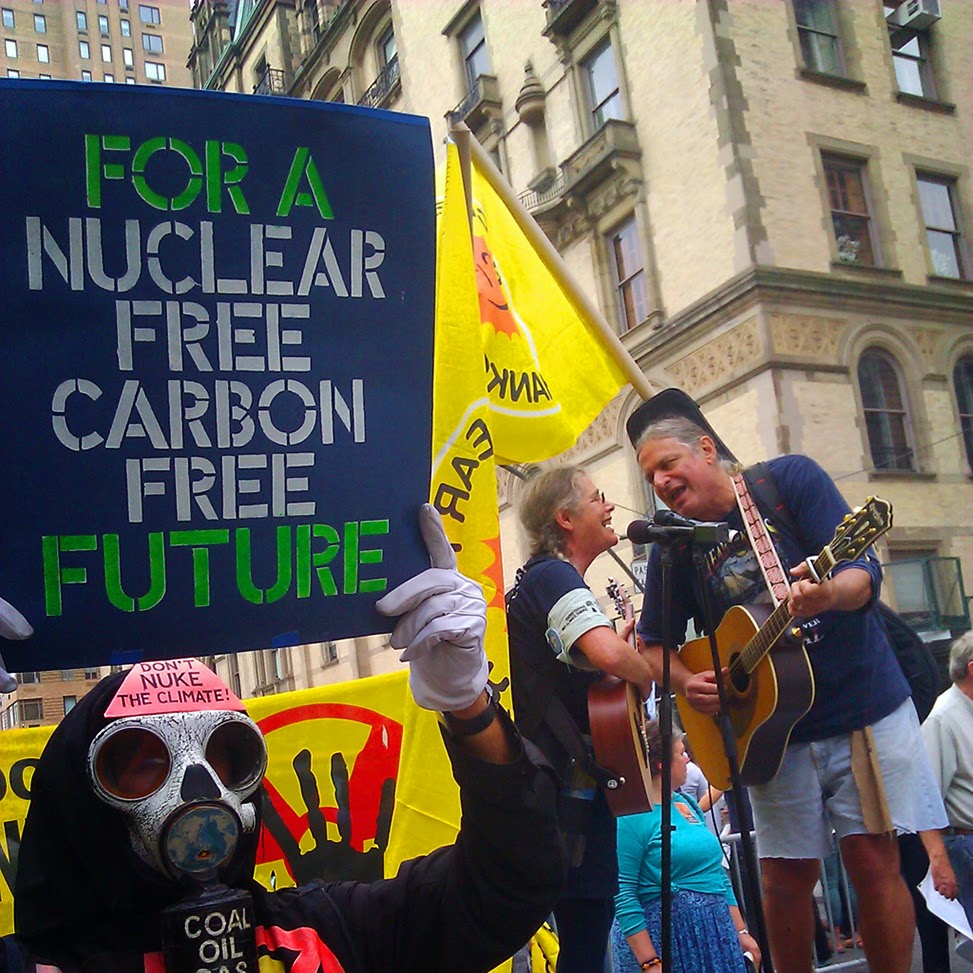 This photo gallery documents the Nuclear-Free, Carbon-Free Contingent at the historic People's Climate March in New York City September 21, 2014. Included are a couple photos from the Nuclear-free strategy meeting on September 20, 2014, preparations for the Contingent in the early morning hours of September 21, speakers at the rally and the march itself. Thank you to everyone who participated and supported this Contingent and made this event possible. Largest Climate March Ever. Largest Nuclear-Free, Carbon-Free Action Ever. We, and our message, are unstoppable. And, together, we WILL build the safe, clean, affordable nuclear-free, carbon-free energy system our planet both needs and deserves. Photos are by Paule Saviano, Lionel Delavigne, Lee Roscoe, Sheila Parks and Michael Mariotte

THANK YOU to the many thousands of people who marched with the Nuclear-Free, Carbon-Free Contingent to the People's Climate March September 21 in NYC. We made history. Largest climate march ever. Largest nuclear-free, carbon-free action ever.

Major new report by NIRS' Executive Director Tim Judson details how major utilities and nuclear power companies have begun a campaign to rig energy markets, climate regulations, and clean energy programs to prevent the advance of renewable energy. Using a deceptive public relations campaign and heavily-funded front groups like Nuclear Matters, Third Way, and C2ES, corporations including Exelon and Entergy have tried to drum up fears of a national energy crisis stemming from the closure of several aging, uncompetitive nuclear plants and the advance of renewable energy. While touting the need to “preserve” nuclear power, nuclear interests have covered up the actual reforms they are seeking and their implications for the U.S.’s energy future.