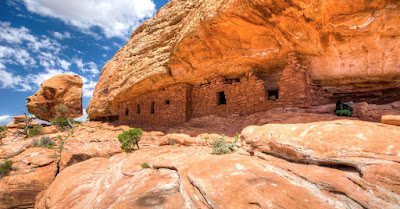 As reported by Juliet Eilperin in the Washington Post.
Mary Papenfuss also reported on this story in Huffington Post, including that a coalition of environmental groups, Native American nations, scientists, and businesses are countering the Trump administration's attacks on national monuments in Utah in court.
The HuffPosrt article reports: "The [uranium company's hired] lobbying team was headed by Andrew Wheeler, whom Trump has tapped to be deputy secretary of the Environmental Protection Agency (EPA). Wheeler is awaiting Senate confirmation."
Please phone both your U.S. Senators via the Capitol Switchboard (202-224-3121) and urge that they do everything in their power to block Andrew Wheeler's confirmation as EPA deputy secretary.
Combined with Michael Flynn's reported involvement in promoting dozens of new atomic reactors in Saudi Arabia, including Russian industry involvement, nuclear power-related schemes have risen to the top of the list of biggest scandals and controversies plaguing the Trump administration's first 11 months in office.

The Bears Ears travesty is all about uranium
When Interior Secretary, Ryan Zinke, insisted that the Trump administration's just announced intention to drastically reduce the size of the sacred Bears Ears national monument in Utah was "not about energy," you could be certain of only one thing: it was about energy. More specifically, as the Washington Post first revealed, it was about uranium energy. Heavy lobbying by uranium company, Energy Fuels Resources (USA) Inc., including in a May 25, 2017 letter obtained by the Post, revealed that the company wanted the boundaries changed because they impede both current and future uranium mining and milling operations. As if further "inside job" evidence was needed, the lobbying firm EFR retained and paid $30,000 to is led by Andrew Wheeler, awaiting Senate confirmation as Trump's choice for deputy secretary of the Environmental Protection Agency. Five Native American tribes comprising the Bears Ears Intertribal Coalition have filed suit against Trump's proclamation to reduce both the Bears Ears and Grand Staircase-Escalante boundaries. Environmental retailer, Patagonia, and other conservation groups, are also suing.


The Bears Ears travesty is all about uranium