We continue our interview with someone who’s led a discussion of mental health professionals who are deeply concerned about President Trump’s psychological instability. Dr. Bandy Lee is a forensic psychiatrist on the faculty of Yale School of Medicine who organized the “Duty to Warn” conference at Yale and edited the best-selling book, “The Dangerous Case of Donald Trump: 27 Psychiatrists and Mental Health Experts Assess a President.” 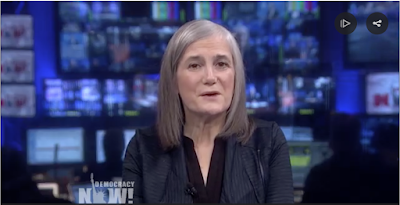 AMY GOODMAN: Last month, Pentagon leaders told a Senate panel they would ignore any unlawful order by President Donald Trump to launch a nuclear strike. The testimony came as part of the first congressional hearings in more than 40 years on the president’s authority to start a nuclear war. This is Connecticut Democratic Senator Chris Murphy. 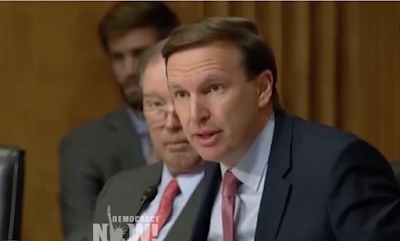 SEN. CHRIS MURPHY: We are concerned that the president of the United States is so unstable, is so volatile, has a decision-making process that is so quixotic, that he might order a nuclear weapon strike that is wildly out of step with U.S. national security interests…

AMY GOODMAN: So talk about—lay out what your concerns are as a psychiatrist. 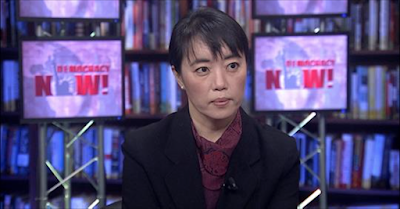 DR. BANDY LEE: So, our concerns are that someone with this level of mental instability and impairment has this much power, in the office of the presidency—basically, the power to start a devastating war, to launch nuclear missiles, without any inhibition. You saw from the hearings that there is very little inhibition in place right now. Within five minutes of the commander-in-chief’s orders, nuclear missiles could be launched without question. And—

AMY GOODMAN: And how does that relate to his mental fitness?

DR. BANDY LEE: And, of course, his decision-making capacity, having such levels of impulsivity, having a loose grip on reality and being so fragile in his ability to cope with ordinary stresses, such as basic criticisms or unflattering news, will tend to unravel, especially in times of heightened stress, such as under the special counsel’s investigations…

SEE ALSO –
Homepage - National Coalition of Concerned Mental Health Experts
a group of mental health professionals who have come together after a Yale ethics conference, which led to the instant bestseller, “The Dangerous Case of Donald Trump: 27 Psychiatrists and Mental Health Experts Assess a President.” We seek to alert lawmakers and the public to the dangerousness of the current president before an irreversible national or international crisis occurs. We represent more than the 27 in the book: we now number in the hundreds, and expect soon to number in the thousands or tens of thousands.