The end of Cassini | Karl Grossman 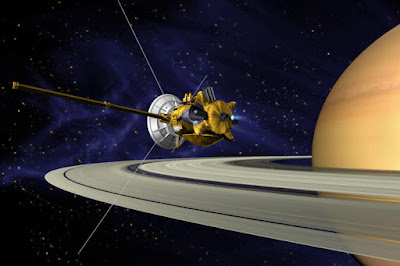 
The crashing of the nuclear power-energized Cassini space probe into Saturn – a process that began on April 22, Earth Day – will culminate this Friday, September 15. The probe – containing more deadly plutonium than has ever been used on a space device­ – will then reach Saturn’s atmosphere and disintegrate as it plummets to Saturn.
The Cassini space probe was launched 20 years ago despite protests around the world. The $3.27 billion mission constituted a huge risk. Cassini with its 72.3 pounds of Plutonium-238 fuel was launched on a Titan IV rocket on October 17, 1997 despite several Titan IV rockets having earlier blown up on launch…

more: The end of Cassini - NationofChange