The EPA's Plan for drinking water concerns many, however, it may take effect within weeks

It happened with devastating speed in Fukushima, Japan.

It’s happening slowly all over the United States: radioactive waste is seeping into the soil and groundwater. 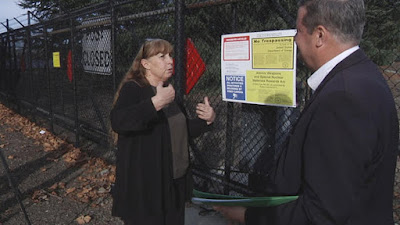 As she paces the fence at Lawrence Livermore Labs near her home, Marylia Kelley shakes her head about a new Environmental Protection Agency proposal that could affect communities like hers if a future radioactive release were to occur. It’s called a Protective Action Guide, or PAG. If formally adopted, it would set new, much higher levels on radioactive materials to be allowed in drinking water supplies following any kind of “radiological” accident or spill for an undetermined “intermediate” period of time...