Act to prevent the climate change-driven leakage of radioactive waste at Camp Century. 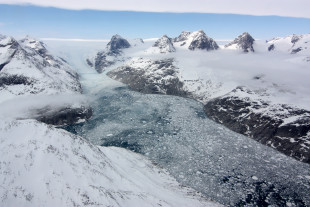 Melting ice sheets in Greenland may result in the leakage of radioactive waste, buried at a top secret Cold War era U.S. Army base, Camp Century. Between 1959 and 1967, thousands of gallons of radioactive waste was buried under the ice by the U.S. army. The waste was buried with the expectation that it would never be disturbed.
However, a new study shows that climate change-driven warming in Greenland will unearth the waste, threatening local ecosystems. Given that a certain amount of global warming is already locked in, if the waste is not removed it may cause an ecological disaster.
Camp Century represents one of many waste disposal sites threatened by global climate change. Given that Camp Century is a former U.S. Army Base, it should fall to the U.S. government to take a leadership role in coordinating the cleanup. Sign our petition and demand that the government devise a plan to ensure that this radioactive waste does not cause an ecological crisis. 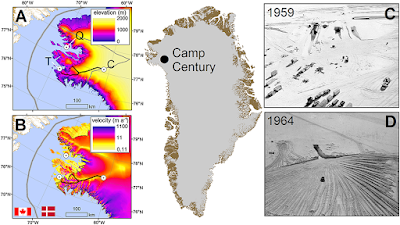